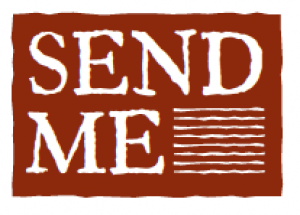 HELLO AMERICA!—Would you go back in time to SLAVERY? Believe it or not, this question is the center of a new web series “Send Me.” The story concentrates on a woman Gwen (Tracie Thomas) who has the power to send fellow African-Americans back to the plantation days to explore their family roots.

Gabrielle Carteris (“Beverly Hills 90210”) plays Gwen’s friend and confidant who keeps the time-travel a secret. The plot is based on a short story by Steve Harper who is an award-winning TV writer, playwright and actor. The six-episode web series is scheduled for production in early 2015.

Hollywood has definitely changed in how many films are produced. There are no Louis B. Meyers, Sam Goldwyn or a Jack Warner holding your future in the palm of their hands, today there are other means. Many writers are knocking on the door of a group called “Indiegogo” which helms a crowd funding campaign to assist in raising the necessary funds in producing films or television projects.

“Send Me” is actually sponsored by Fractured Atlas, a non-profit arts service organization. Contributions must be made payable to Fractured Atlas only and are tax-deductible to the extent permitted by law. A comic book version of the first episode created by illustrator and storyboard artist Vincent Luidio will be offered as one of the perks for donors to the campaign. Harper’s fund raising campaign runs from October 10 to November 23.

Harper offered that he had seen stories about time travel for years and wondered how things might change if the travelers were people of color.  “In the series,” he said, “many people want to go back to get a sense of their history or to take a look at their lives from a new perspective.”

Among the series leads are a black husband and wife, a white family friend and a young gay man who works for the couple. The opportunity is to recognize that all Americans have some connection to our country’s history.”