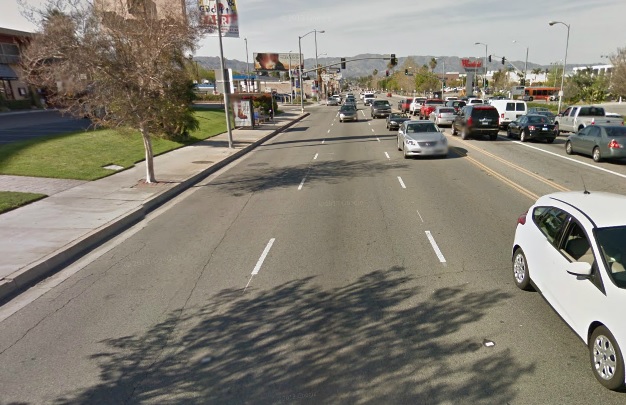 WOODLAND HILLS—On Saturday, December 7, at around 9:00 a.m., a ruptured pipe running underneath Topanga Canyon Boulevard created a sinkhole causing a section of the road laying on top to collapse. The sinkhole was repaired Sunday afternoon, but the road was closed off while the hole was repaired.

Known to some as the “Hole to Hell,” sinkholes can have a dramatic effect on the surface; some can stretch hundreds of acres across and go down more than a hundred feet, sucking in homes, streets, and supermarkets. According to the U.S. Geological Survey (USGS), sinkholes typically appear in areas that have large amounts of water-soluble rock such as evaporate rocks “such as salt and gypsum; and carbonate rock” like limestone.

The sinkhole was caused by a four-inch hole in the pipe that flooded the ground beneath the road. The repairs caused by the damaged pipe were supposed to be solved within the night, but the damage was more extensive than contractors initially thought. Old, ruptured pipes have been causing problems all overCalifornia. The water was shut off in the area while the hole was being repaired, disrupting business for a few restaurants that lined the water main.