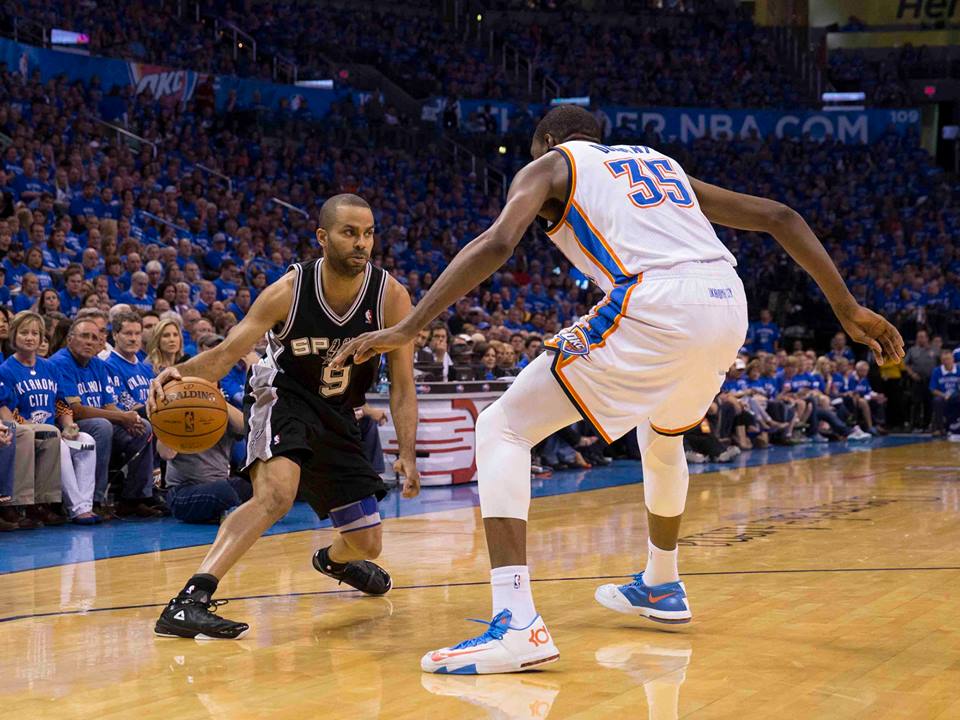 OKLAHOMA CITY-Just when many thought the Oklahoma City Thunder would fall three games to one, the team bounced back with a victory Sunday night defeating the San Antonio Spurs 106-97.

The team kept a steady tempo throughout the game, putting more points on the board than their competitors in the second and third quarters leading to victory. A scary moment did transpire for the Thunder in the first quarter when teammate Derek Fisher left the game early after getting injured in the head and spilling blood.

The Thunder were led to victory by Russell Westbrook who scored 26 points, had 3 steals and 7 assists.  His teammate Kevin Durant had 25 points and 10 rebounds, while Serge Ibaka scored 15 points. The Spurs were definitely capable of winning Game 3, as fire starter Manu Ginobili scored 23 points.

Game 4 takes place Tuesday in Oklahoma City, where the Thunder will look to tie the series 2-2 before heading back to San Antonio for Game 5.