HOLLYWOOD—On Tuesday, October 18, the jury trial began for actor, Danny Masterson, 46, who is charged with allegedly raping at least three women approximately 20 years ago. Jury selection started October 11. The women claim that between 2001-2003 they were intoxicated to the point of losing consciousness while being assaulted by Masterson. 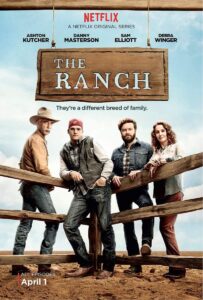 Masterson reportedly threatened one with a gun, another victim claimed he pulled her hair, and the third victim indicated she was punched when she resisted his advances.

On Tuesday, October 17, Masterson’s attorneys wanted no mention of the Church of Scientology to be in the trial and asked the Los Angeles Superior Court Judge Charlaine Olmedo to ban it.

“The trial is not about Scientology. The trial is about Danny Masterson, but that being said, the facts of what happened, why certain things happened, who was involved…it’s so interwoven that certain parts of the trial will necessarily have to involve Scientology.”

According to reports, the victims went to leaders from the Church of Scientology prior to filing charges. The victims claimed intimidation tactics were used by members that did not want the victims to go to the authorities.

One victim relayed that someone came and picked through her garbage cans outside her home, and her dog was mysteriously poisoned. Another victim’s father went to the Church of Scientology and was allegedly threatened with the possibility of “Something happening to his daughter,” if he proceeded with the allegations.

The victims filing charges is accredited to the #MeToo movement that encouraged victims of assault to come forward.

Masterson is best known for his roles on “Cybil,” “That 70’s Show”, “Hope Was Here” and the Netflix hit series, “The Ranch.” He was relieved of his role in the latter following the rape allegations. He began acting in commercials at the age of 16. He was 23 at the time of the alleged rapes. The actor pleaded not guilty to the charges filed against him. If convicted, he will face up to 45 years prison time.