UNITED STATES—On Friday, April 2, at 1:02 p.m., an assailant drove and struck two United States Capitol Police officers (USCP) and proceeded through the north barricade at the U.S. Capitol injuring one officer and killing another.

The suspect drove through the barricade exiting his vehicle approaching and lunging toward U.S. Capitol Police with a knife in hand. The suspect was warned to put down his weapon, but refused prompting officers to open fire and killing him. Both USCP officers were transported to area hospitals.

“It is with profound sadness that I share the news of the passing of Officer William ‘Billy’ Evans this afternoon from injuries he sustained following an attack at the North Barricade by a lone assailant.”

“Evans was an 18-year USCP veteran who served in Capitol Division’s First Responder’s Unit,” Pittman said. “Please keep Officer Evans and his family in your thoughts and prayers,” Pittman added.

Secretary of Defense Lloyd J. Austin III issued a statement of condolences to the family of USCP Officer Evans and a speedy recovery to the second officer injured in the incident on Capitol Hill. 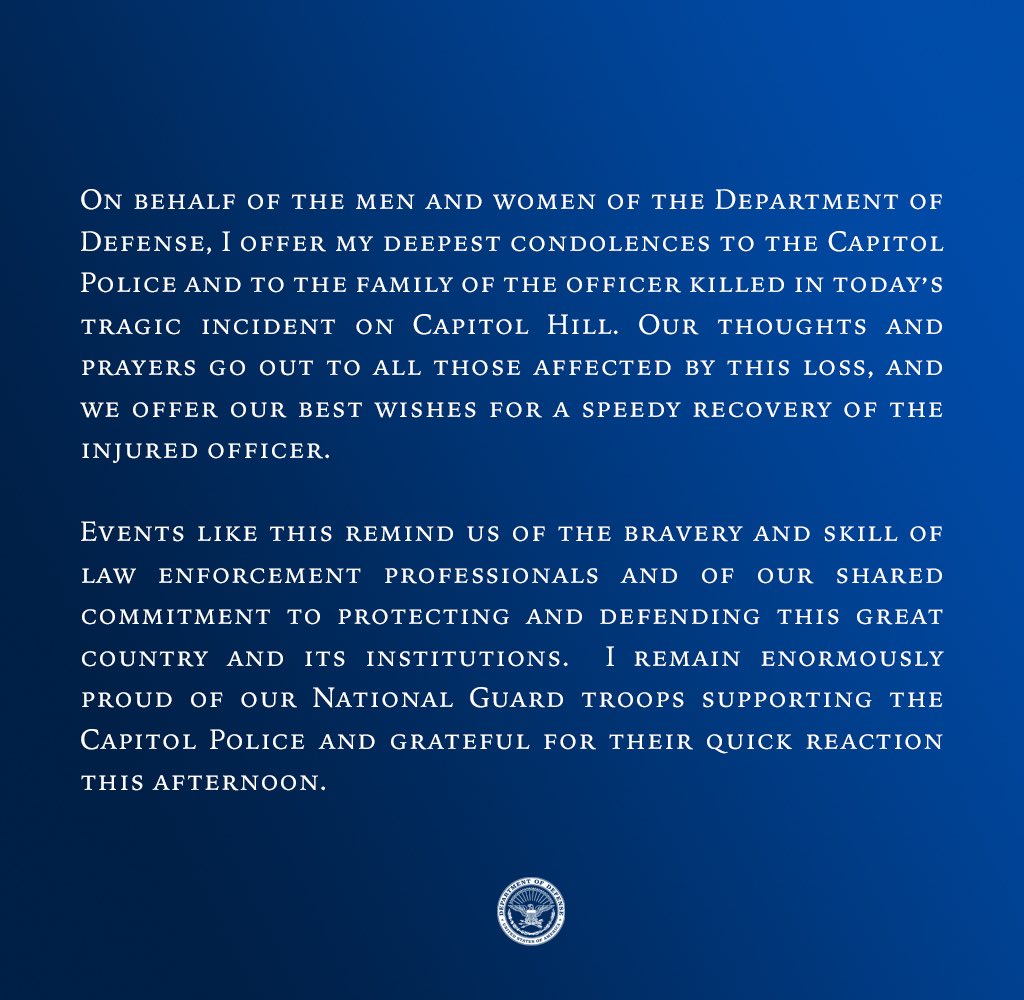 God bless our brave Capitol Police. Officer Evans’ family will be in all of our prayers.

The northern barricade that the unnamed suspect breached is used as a checkpoint for members of Congress who are on recess this week.

The loss of Officer Billy Evans is tragic and heartbreaking.
His heroic actions helped protect the Capitol and saved many lives. He will always be remembered and should be honored.

On this Good Friday, the nation prays for Officer Evans’ family.

No information has been given regarding the suspect or motives behind the attack. The incident is still under investigation.