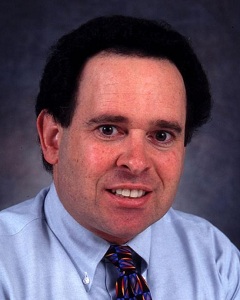 Michael Sondheimer, 57, was arraigned for one felony count of possession of depicting a minor engaging in sexual conduct that occurred around April 2013, according to the Los Angeles County District Attorney’s Office. Gary Risling of the DA’s Office told Canyon News that Sondheimer pleaded not guilty to the charge, and he is scheduled to return for a preliminary hearing on May 8.

Sondheimer had worked for UCLA for 36 years after graduating from the school with honors, according to his bio on the UCLA Bruins site. He most recently worked as the Associate Athletic Director of Academic Admissions/On-Campus Recruiting in addition to being executive producer of the “BruinTalk” cable TV show since 1979.

The suspect was discovered by Operation Riptide, a site dedicated to exposing adults attempting to sexually engage minors online, to have chatted with children online in sexually charged language involving degradation and humiliation. CBSLA reported that Sondheimer was put on indefinite leave on June 3, 2013, following the publication of these logs, which were found on a “work-issued laptop computer” according to Deputy District Attorney Samer Hathout of the High Technology Crime Division. He then officially resigned from his position on July 2.

Sondheimer, who is married and has a son in college, faces a maximum sentence of three years in prison for his crime. The matter is still being investigated by the UCLA Police Department.