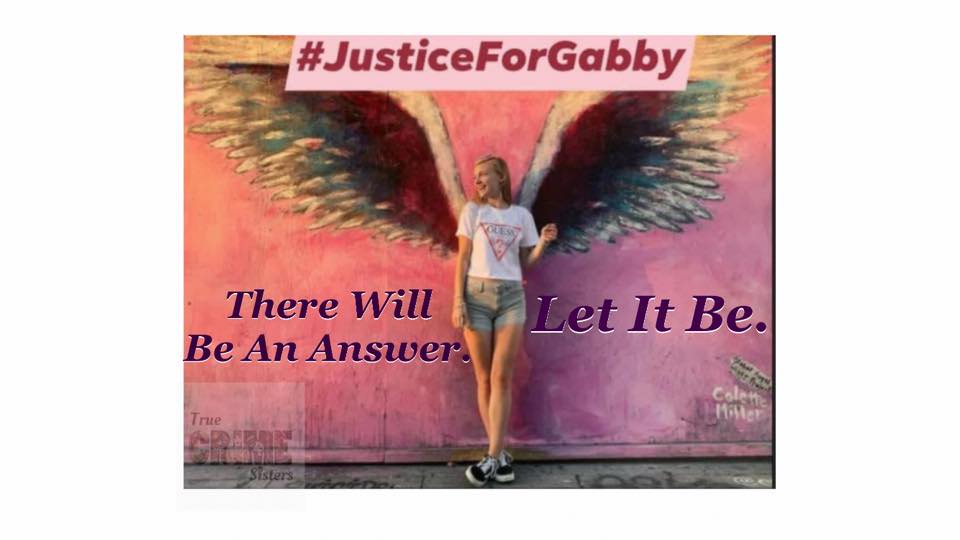 HOLLYWOOD—So many people are following the Gabby Petito story. True crime fans have tuned in to watch series like 2020’s American Murder: The Family Next Door, 48 hours. No surprise  that people have been glued to the headlines over the past few weeks with the tragic story of Gabby Petito. The obsession with similar fictional stories in movies like 2014’s “Gone Girl” has the public mesmerized.

I’m sure while I’m writing this, someone is already working on the screenplay. When Petito went missing, all over the globe  they were witnessing a viral docuseries happening in real time. New evidence is pointing that her boyfriend Brian Laundrie as the alleged man who is responsible for her disappearance, and everyone wants to find him.

As we all know, Petito and Brian were vlogging their road trip camping across the country shortly before she went missing. The video features a white van incredibly similar looking to the one Petito’s 2012 Ford Transit van, of which officials released in an attempt to track down Petito. The van was registered with Florida plates.

According to published reports, Brian and Gabby lived in Florida shortly before leaving on their trip from Petito’s hometown on Long Island. So the plot thickens. Everyday, we get a new tidbit of info from the story. While, some have speculated that Brian is responsible for Gabby’s disappearance, following his return from the couple’s camping trip with Petito. Reports say the neighbors noticed after Laundrie returned from the trip alone, that he had a thirst for the road again; the neighbors say he and his family appeared to go camping right after his return home. Bizarre!

Laundrie’s neighbors in his hometown of North Port, Florida are named Charlene and William Guthrie. The Guthries say they saw the Laundries attaching a new camper to the family pickup truck not long after Brian returned home. In fact, reports say the Guthries saw the Laundries attach the new camper the very same weekend cops came by to look for leads on Gabby’s disappearance. The Guthrie’s say they didn’t know about Gabby’s disappearance at the time they saw the Laundries pack up. It’s very odd that they left for a family trip shortly after his return to North Port. Strangely odd, that a 23-year-old is going camping with his parents. Don’t you think?

Gabby’s remains were discovered on September 19 in the Bridger-Teton National Forest in Wyoming, and the FBI still has the remains. Wyoming was among the states the two visited on their trip. Despite Petito’s discovery, Brian  is nowhere to be found. Reports say he is suspected to have gone to the 25,000-acre Carlton Reserve in Florida. Authorities have been searching the area, with no luck. Could it be that the information given to the officials been wrong.

“Dog the Bounty Hunter,” Duane Chapman joined the crusade of searching for Brian. Hopefully, Dog is able to succeed in locating Brian where the authorities have yet to be successful. Brian was unhelpful to the police and he vanished on September 14-with a backpack from his parents home-and his parents didn’t alert anyone until three days later.

On September 29, Petito’s parents and stepparents announced the creation of the Gabby Petito foundation to honor her memory and help other families in similar situations. They unveiled matching tattoos designed and inspired by Gabby reading “Let it Be,” and they vowed to help families of other missing people through a foundation in her name. The FBI issued an arrest warrant for Brian, he’s also a “person of interest.”

Rose’s Scoop: “Dog the Bounty Hunter” wants to speak to Brian’s parents. The parents actually called the police to have him removed from the property. Dog, insists that parents know 50 percent of the time where the kids are.