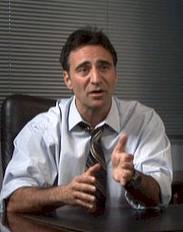 HOLLYWOOD—Despite being a banner year for 3D films, 2010 was in many ways a setback year for films at North American box offices, according to information compiled by Hollywood.com’s Paul Dergarabedian. While 2009’s full year box office revenues came in at a record $10.6 billion, 2010 ended at $10.556, a 2.6 percent drop off. Although revenues still managed to top the $10 billion mark for only the second time ever, attendance also was down 5.36 percent versus 2009, constituting the largest percentage drop since 2005.

Year-end films such as “Tron: Legacy” and “Little Fockers” also performed rather disappointingly upon their release, especially in comparison to 2009, when “Avatar” dominated New Year’s weekend. Box office revenues were down 29 percent from 2009’s final weekend.

The apparent disparity between revenues and attendance can largely be attributed to the prevalence of higher-priced 3D films during the year. The two highest-grossing films of 2010 were “Toy Story 3” and “Alice in Wonderland,” both of which were released in 3D and IMAX 3D.

Warner Bros. was the biggest winner amongst all studios in 2010, both internationally and domestically. The studio topped all others with a record gross of $4.814 billion worldwide, including $1.88 billion in domestic sales. This largely stemmed from the strong success of “Harry Potter and the Deathly Hallows,” which pulled in $902 million worldwide. Warner Bros. edged out Fox and Disney in global earnings, with Paramount Pictures and Fox rounding out the domestic top three.

“Iron Man 2,” “The Twilight Saga: Eclipse” and “Inception” rounded out the top five highest-grossing films for the year. Despite the strong critical and commercial reception of the top five films, 2010 was the second lowest attended year from 2000 to 2010, with 2008 being the worst-attended year in the time span.

Dergarabedian explained in his analysis that 2010 can be viewed as a transitional year in the film business cycle, and the outlook for films in the new year is very good. New installments in the “Pirates of the Caribbean,” “Transformers” and “Cars” series, all popular franchises, are set for release in 2011.