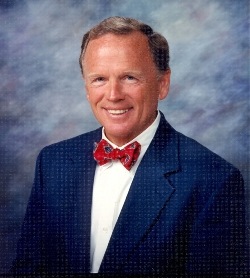 BEVERLY HILLS—On Tuesday, June 29, the Beverly Hills Unified School District Board of Education voted for an interim superintendent to replace the outgoing Jerry Gross.  Gross, who served in the position since late 2008, came to the BHUSD after 16 years working for various school district systems of the state.  His wife, Dr. Gwen Gross, held the position for three years before he took the post.  He was appointed interim superintendent when Kari McVeigh left the BHUSD to take the same position up in San Francisco and then continued to hold the post until his term ended June 30.

Upon leaving the position, Gross told Canyon News, “I was honored to serve the students and families of Beverly Hills as their superintendent. It was a time that student progress across all schools reached its highest level under the State’s Academic Performance Index, all attributable to the dedication of staff and outstanding parental involvement.  I wish the district a bright future.”

Stepping into the vacant role is Dick Douglas.  Douglas is coming to Beverly Hills after spending a decade as the superintendent for the Montecito Union School District in Santa Barbara.   His resume also includes time spent as the principal of Hawthorne High School.