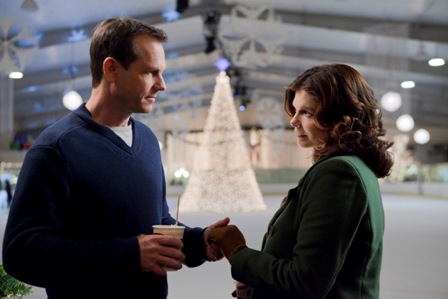 HOLLYWOOD—On last week’s episode of “Big Love” titled “Exorcism,” Alby was on the run and posed as an imminent threat to the Henrickson family, which found itself in a lockdown mode in order to protect itself from not only Alby, but his mother, who managed to pull a gun on Barb in a store. Barb wrangled the gun away from her, but Alby managed to get away from Bill, who chased after him. He later shot Alby, but spared his life in the Utah senate chamber, where Alby attempted to kill Margene and many others.

Frazzled and almost incapacitated by her near-death experience, Nicki attempted to protect her daughter Cara Lynn, by putting her in a boarding school. However, Cara Lynn managed to stop her mother, by telling the family that Nicki was a bad mother and was only trying to hide her from a teacher that Cara Lynn had fallen in love with. The show became very much about the LDS Church’s stance against polygamy on Sunday night, with Bill standing steadfast to his belief in the principle of polygamy. Lois begged Frank to rescue her from confinement.

Margene also promised to repay her neighbor Pam for her Goji investment, which has been lost. The episode ended in a shocking twist, with Bill standing over Alby with a gun and waiting for the authorities to take him in to custody.

On Sunday night’s upcoming final episode for the series, titled “When Men and Mountains Meet,” with the specter of jail time looming, Bill charts out contingency plans for the family, while orchestrating a last-minute preemptive referendum on the senate floor. Meanwhile, Barb goes forward with her plan to join a reform-minded church.

Margene contemplates taking a hiatus to serve as a volunteer abroad and Nicki despairs being left alone as her family splinters. Cara Lynn considers a return to her polygamous compound roots, Ben will enlist Rhonda to help him win over Heather and Don shares some bad news with Bill about Home Plus.

As Easter arrives, the Henricksons receive heartening support from their polygamist constituents, briefly lifting the dark cloud that’s been hovering over the family since Bill’s election. Finally, an unexpected vision leads Bill to a final confrontation with his most deeply-held beliefs.