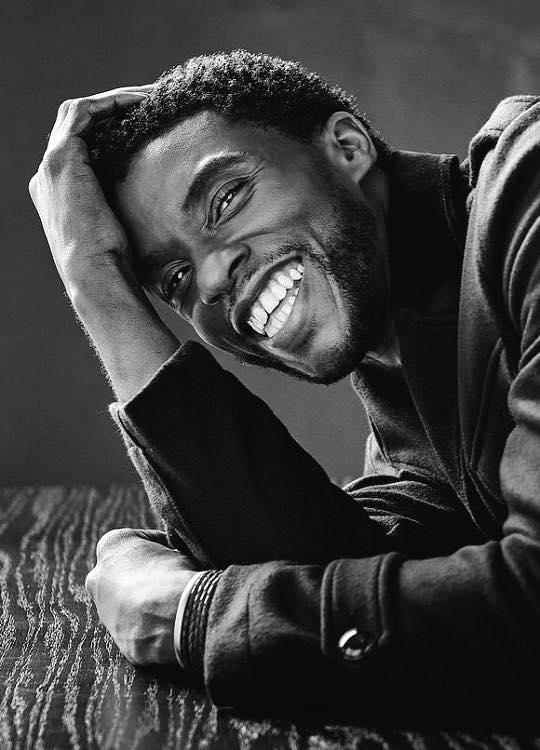 HOLLYWOOD—Imagine going around, helping others, while you’re suffering your own battles. That’s what Chadwick Boseman did, he comforted young children as he himself was battling his own.

All over the world, from the world of entertainment, to sport and politicians they are paying tribute to actor Chadwick Boseman, who recently died at the tender age of 43. The “Black Panther” star was diagnosed with colon cancer back in 2016, but had never spoken about it publicly. A real trooper, according to his family, he had filmed many of his recent movies while undergoing “countless surgeries.” Former President Barack Obama, said the actor was “blessed.” Chadwick visited The White House, when he played Jackie Robinson. Racing driver Lewis Hamilton dedicated his pole position at the Belgian Grand Prix to the actor.

Boseman began his acting career in television roles. He rose to prominence playing real-life figures, such as the baseball great Jackie Robinson and soul singer James Brown in 2014’s  “Get On Up.” However, it was his performance as superhero “Black Panther” that sent him over the top, and which he will be best remembered. In the 2018 blockbuster, Boseman stars as the ruler of Wakanda, a fictional African nation with the most advanced technology on Earth.

The film was a box-office success and earned Boseman critical acclaim, becoming the first superhero film to get a nomination for Best Picture at the Oscars. So many of his former Marvel stars paid tribute to him. He also played the role in the Marvel films “Captain America: Civil War,” “Avengers: Infinity War” and “Avengers: Endgame.”

The film “Black Panther” was widely seen as a cultural milestone for having a largely black cast and a black director. It was just last year when Boseman said, that the film had changed what it means to be “young, gifted and black.” Even Civil Rights activist Martin Luther King Jr, who I had the honor of meeting a few years ago, praised Boseman for his range of roles, saying he “brought history to life” in his roles of real black men.

Actress Halle Berry described him as an “incredible man with immeasurable talent, who leaned into his life regardless of his personal battles. Marvel Studios, which created “Black Panther,” said the actor’s legacy would “live on forever.” According to published reports, the final tweet posted to Boseman’s Twitter account announcing his death is now the most liked tweet of all time. He died at home in Los Angeles with his wife and family by his side on August 28, 2020. While diagnosed with colon cancer in 2016, he never made the information public.

Very sad for his family, I’m sure they won’t be celebrating this weekend which happens to be Labor Day weekend. Bosemen should be honored this Labor Day, for his contributions, achievements and sacrifices he made. Especially making films while he was so sick. Labor Day falls on Monday, September 7,  and usually in pre-pandemic times, people were traveling, especially flying around. These days people are taking road trips, to avoid the hassle and everything included with COVID-19. One place people won’t be visiting is Elvis Presley’s Graceland.

The walls outside of Graceland in Memphis, Tennessee, were tagged with graffiti by vandals on August 30, with phrases like “BLM” and “No Justice, No Peace.” Graceland is the site where the King of Rock and Roll resided. Crews are currently cleaning up after the walls were spray painted. Other messages included “I Can’t Breathe,” along with other messages to defund the police. Repairs are estimated to cost around $150,000. It was horrifying to see since the family is still mourning the death of Elvis’s grandson Ben Keough.

Rose’s Scoop:  Wishing everyone a safe and happy Labor Day Weekend! Wishing my daughter Kelly Olszuk, a very happy birthday on September 8. Kelly also shares her birthday with Pink! May they both enjoy their special day!