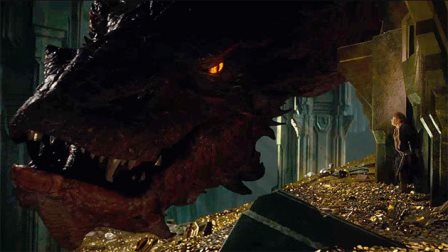 HOLLYWOOD — ”The Desolation of Smaug” is by no means as polished and awe-inspiring as the “Lord of the Rings” movies, but still manages the capture the genius of Tolkien’s lore. In “Desolation of Smaug,” Bilbo Baggins (Martin Freeman) continues the journey he began in the first installment of the trilogy, accompanied by Gandalf (Ian McKellen), the dwarf prince Thorin Oakenshield (Richard Armitage) and his dwarf crew. As in ‘An Unexpected Journey,’ their goal is to steal the Arkenstone from the dragon Smaug and thus re-establish the dwarf kingdom.

Before watching this film, non-fans need to understand that this is no quick-and-easy entertainment. The average American viewer may fear the melodrama, the length and the extravagance of the plot. However, Tolkien’s books are meant to be epic in the most literal sense of the world — the experience itself is a journey. It’s tiring at times, but breathtaking. Jacksongot one part right: he overwhelms his audience with the lore, and only those who are willing to drink it in can enjoy.

As for fans who might complain about the inaccuracies of the adaptation, inaccuracy does not necessarily mean failure. The additional elements that Jackson chose to include, such as the prominence of Legolas (Orlando Bloom), Thranduil (Lee Pace), Radagast (Sylvester McCoy) and Azog the Defiler, are not Tolkien’s inclusions in the strict sense of the word. However, they are believable entities of the Tolkien universe.

Peter Jackson took liberties that had the effect of lengthening the relatively slim story of the ‘The Hobbit’ and giving it the epic flair which ‘The Lord of the Rings’ trilogy possessed. A book written in the 1930s is worlds away from a movie made in the 21st century. This movie is merely bridging that gap. Consider the presence of Tauriel (Evangeline Lilly), the elf-warrior who did not play a role in the book. Women in general do not play large roles in Tolkien’s books, but we are living in a different time.

Of course, “The Desolation of Smaug” is by no means the perfect film. For example, way too much screen time is spent in Lake-town, the fictitious community of men where our adventurers find themselves, and there are moments in the film where viewers are popped out of the fictional universe through overemphasis on wooden, one-dimensional characters and dissonant transitions. However, the film also has its gems.

For example, the dragon Smaug (voiced by Benedict Cumberbatch) possesses depth and even charm through his interaction with Bilbo, making him something more than an avaricious beast. Also, the irony of the ring’s presence is well-handled — its presence is a curse, yet it proves invaluably useful throughout the film. “The Desolation of Smaug” may not score high on accuracy, but it has all the important aspects — the majestic scenery, imaginative genius and the persistence of good.