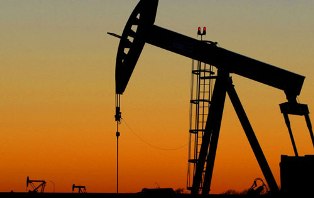 BEVERLY HILLS—A disbarred lawyer from Beverly Hills has been indicted on federal fraud and money laundering charges for allegedly conducting an investment scheme, in which he collected $9.2 million from victims who were promised profits from their investments in several oil companies, according to a press release.

Mark Roy Anderson, 56, was indicted on 12 counts on March 9 by a federal grand jury after his arrest on February 23.

The indictment alleged that Anderson received investments from victims who believed their money would be invested in various oil companies and ventures, such as China Oil, National Healthcare Technology, Terax Energy, Westar Oil and Petrolacts. Anderson allegedly promised victims large returns on their investments, and claimed their shares were unrestricted, which meant they could sell their shares at any time.

Instead of investing this collected money in oil companies, Anderson and his then-wife allegedly used the money to purchase a new home in Beverly Hills, as well as an interest in the now-closed Prego restaurant.

The indictment also stated that Anderson did not reveal his status as a disbarred lawyer to his investors, nor did he inform them he had been convicted of mail fraud. He also failed to state that he had been mandated by a federal judge in Texas to stop violating securities law with Westar Oil, in which he was ordered to pay $3 million in fines by the Securities and Exchange Commission.

According to the indictment, Anderson caused 10 investors to lose more than $9.2 million in the investment scam, little of which was returned to the victims. Anderson was freed on a $250,000 bond after being arrested on March 9, but is scheduled to be arraigned on March 14 in the United States District Court.

The case against Anderson is a result of an investigation by the FBI and the IRS, as well as both the U.S. Securities and Exchange Commission and the Beverly Hills Police Department.