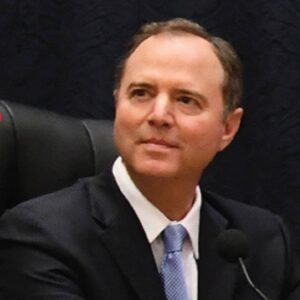 He served as Chairman of the House Intelligence Committee. He proposed and led the Impeachment Inquiry of President Donald J. Trump for Article I Abuse of Power and Article II High Crimes and Misdemeanors to which President Trump was exonerated.

“For 25 years, Eric has fought in the courts to help people stay in their homes and help job creators, businesses and innovators succeed and stay in California while building his own successful law firm. Eric was a candidate in 2018 for California Attorney General against Xavier Becerra, receiving almost one million votes as a first-time candidate,” states Early’s website.

He worked in the film industry for years working as post-production-supervisor of hundreds of animated episodes of “Transformers” and “G.I. Joe.” He attended Southwestern Law School and worked at prominent law firms in the state of prior to joining several of his colleagues in starting his own firm, Early, Sullivan, Wright, Gizer, and McRae LLP which has a total of 30 attorneys. 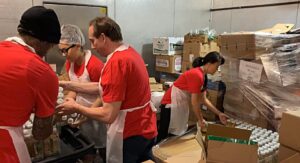 Early is the former President of Southwestern Law School’s Entertainment and IP Alumni Association. He has been selected for inclusion in the Best Lawyers in America every year since 2017 and named Southern California Super Lawyer every year since 2005.

Early cites Schiff’s absence from his district and declares his own intent to rebuild the 28th District stating, “We need a Congressman who has the will, desire, skills, and drive to rebuild the District form the Ashes of COVID-19.”

“For the past 20 years, my opponent has been virtually non-existent from the District. He has effectively abandoned us. And for the past 3 years, he has focused full time on removing a President from office. In any event, he completely lacks what it takes to help with the rebirth of our District.”

“When I get elected, I will roll up my sleeves, get to work, meet with all stakeholders involved in helping with the rebirth of our District, as well as with officials of the Federal Government, to make our District better and stronger than ever before.”

“I am the only person in the race who remotely has what it takes to do this. My opponent completely lacks the experience, the tools, the will, the desire, the ability, and the skill level to do any of it,” said Early.

The Current State And Forecasts Of The California Housing Market

Key Innovations In The Ninth Edition Of Drupal: Brief Review