UNITED STATES—I propose the parents of America were a NARCISSIST and a MEGALOMANIAC!

Mother, of course, was the church. Sent overseas to make sure those that ran away from home would still remember where they came from and what they ought to strive to be in this new world of opportunity. Her ways would be indoctrinated to outline culture and society. There would be one attitude shown in public and something different behind closed doors.

As a narcissist her identity was based on how many people adored and admired her and she will BOOST her own ego by ridiculing the future generations of Americans that will have a diminished self-worth as a result.

Mother Church was “larger than life” and her way was the only way.

Generations would be taught to strive toward meeting those expectations, with the fostering of competitive spirit in both her church and his school. Subsequent praise upon those pleasing citizens would lead to a growth of eugenic reasoning, while calling upon her husband to enforce rules of those who displease.

Children who refused to play by the rules of Mother Church, as interpreted in the bible, would be punished. The bigger crime, the more likely she would pass her judgement to the fullest extent and call in her husband with his punishing capabilities.

He was the megalomaniac and made of the same stuff as Mother, except he didn’t give a crap about love, only being powerful, feared, and obeyed. Sometimes religious leaders WERE also judge, so the church and state certainly worked together to ensure children were raised according to planned intended purpose.

In the brand new America, the missus would have pressured for the needs of the family and preservation of its name. He would likely agree. The family as a whole would become much more important than the happiness of individuals.

What future generations could produce or provide was more important than desire and it would stay that way for more than a century, and I would say all the way up to the formation of child labor laws.

Punishments for crimes – moral and otherwise – were severe enough to ensure complacency and Uncle Sam did his part to reinforce the New America ideal. 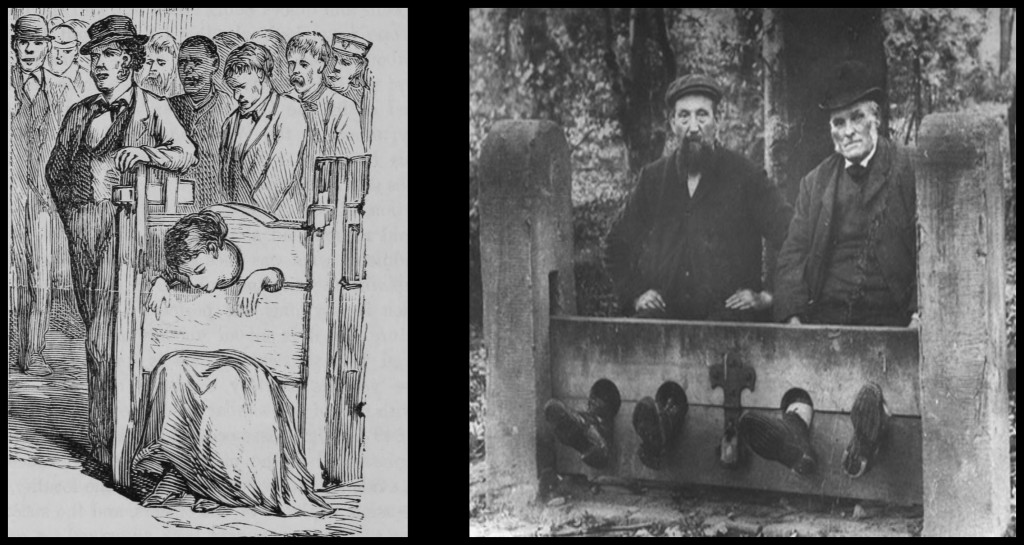 Besides using the discretion of Mother to enforce laws and punishments for disobeying the religious leader, he would help garnish desired share of the earned wage too, as small as it was. In my opinion, it is the beginning of the historic greed and selfishness our politicians have consistently shown.

Our MEGALOMANIAC father reigned in fear for at least the first five generations, with public shaming and whippings so harsh that at times people were seriously injured as a result of citizens throwing rocks.

All it took was an accusation, as with the Salem Witch Trials.

Uncle Sam still punished for “sodomy” – illegal in every single American state, until the laws were attacked beginning in 1962.

Do not get me started on how although the MISSUS is portrayed as a female, the church was a tool for MEN to indoctrinate our women into submission.

After 15 generations of conflicting religions, changing laws, and gaining true freedom of expression – for both the innocents as well as the deviants – youth have a conflicting set of morals.

I BELIEVE they are in constant STRAIN to not be the ANOMALY, or different than what their slice of society wants them to be. This concept has been around a long time if you think about it: alter ego is also used to refer to the different behaviors any person may display in certain situations. In 1912, Scott Fletcher wrote, “personality may be so disintegrated that the self seems to be replaced by one or more other selves.”

Fifteen generations worth of maladaptive beliefs AS WELL AS the resulting coping mechanisms to deal with them, now youth are inflicted with the teaching of defective knowledge that undermines their own chance of happiness and success. Here are just two examples:

Learned helplessness, unable to function and/or take care of self: it may be gender inequality and they must “be dependent” on another such as a husband or parents OR children are taught that they are “mentally unable” to care for themselves although that is not true – the fact is they are simply not TAUGHT how.

Learned hate and inequality, unable to coexist with others: inability to function revolves around preconceived notions regarding another type of people OR just the basic familial superiority ideation that everything LESS THAN is not to be respected.

Furthermore, we have developed a loose lips sink ships trait that has evolved to understand that remaining the victim is easier than risking the result of telling and being labeled victim OR snitch.

I MUST BELIEVE that there are youth somewhere with a personality that does for the good of mankind rather than as our forefathers did: for plain old self.

For those youth being programmed with uncorrupted files, IT REALLY IS how PRO-AMERICA activist BattleCat says: “you can do anything you want here in America.”