UNITED STATES—The meme circulating social media which compares the 2020 coronavirus pandemic to the 2009 H1N1 pandemic has made it around a few times. Since there are no unbiased fact checkers and it is becoming more difficult to find unbiased accurate facts especially, we decided to investigate. After fact-checking, the details are TRUE.

The meme showcasing two columns dividing the previous president Barack Obama on the left and current President Donald Trump on the right. The H1N1 Influenza pandemic shows having 60.8 million cases, whereas the coronavirus pandemic has 4.6 million cases, both in the United States (as of August 1st).

In 2009, media was not over reporting the pandemic, therefore the average person was not aware of the dangers. Therefore, people were unlikely to be tested for H1N1 unless they showed symptoms. Media reported on it as developments surfaced. Media didn’t over report and use fear tactics. There was no mass media panic.

In 2020, the panic, fear and governmental orders to stay at home is widespread. Covid-19 testing is readily available and heavily encouraged for everyone to be tested whether you have symptoms or not, alive or dead, you can get a test, free of charge. Many people are reporting positive results yet no sign of any symptoms.

Numerous reports on various mishaps with data control. CDC has admitted to conflating and confusion with the numbers of cases, deaths and tested.

In July, Dr. Raul Pino, an Orange County Health Officer, told a reporter that one could argue Covid-19 contributed to a motorcycle accident of a 20 year old who died. His death was marked Covid-19.

In Florida, dozens of lab were reporting 92% positive tests. Other situations reported unused tests were coming back with positive results.

The 2020 pandemic has been used as a weapon for the 2020 election battle to prevent a re-election. President Trump is not liked by mainstream media. They have had an interest to unseat him since before he was elected and they took an active stance to do so as soon as he was elected. In the last year, facts have been suppressed on Google, YouTube, Facebook, Instagram, Twitter and many other platforms, making it near impossible to find actual organic data.

Another factor which prevents us to compare accurate data and do a proper fact check is due to the online fact-checker websites that we believe are the place to go for answers, such as Snopes, Fact Check.org and other unreliable sites which are funded and or operated by biased individuals. There is no reliable online fact checker without having a hidden motive. These fact checkers are all operated by left leaning radical organizations and often funded by the likes of George Soros’ foundation. All have the same interest, to unseat President Trump.

We do know that hospitals that mark a patient who dies with Covid-19, whether they were tested or not, whether their death had any relation to the virus, they were allowed to mark it on the death certificate. In fact many doctors have come forward stating they received letters from the CDC encouraging them to mark the deaths as Covid-19 if they mildly suspected the patient may have been exposed to the virus. In turn patients who died on a ventilator were rewarded $33,000 per patient that died with Covid-19 on their death certificate.

This is highly suspect and it would lead to exaggerated numbers. H1N1 had no incentivized payments for deaths due to H1N1, therefore it would be less likely to have this issue. This creates more unreliable data.

President Obama was spotlighted by the media as a great president. According to Pew Research, he received on average 71% a tone of either positive or neutral coverage.  Compare that to Trump, where he gets 92% negative. 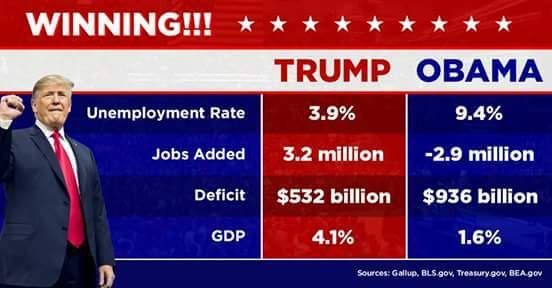 By 2020, President Trump had accomplished much more than any other American president, yet mainstream media reports 94% negative whereas Obama had 97% positive. The mainstream push is to unseat President Trump and as it nears the election, their efforts continue to ramp up. Reports are getting nastier. The movement from the left has become egregious, putting human lives in danger over the race for the White House. The best economy in history has been gutted and this was President Trump’s guarantee for 4 more years.

This didn’t exist in 2009, therefore, the media did not spread panic or fear of H1N1 as they are doing with the current pandemic. Testing wasn’t pushed as much as Covid-19 tests have been upon asymptomatic individuals. Therefore the numbers may not be as reliable to compare unequivocally and can not be fully trusted.

The first record of the H1N1 virus was in California, while a later study found that the virus was first diagnosed in Mexico. The CDC also says that nearly one-third of 60-year-old people had antibodies against the H1N1 virus as they were exposed to older influenza viruses previously. The 2009 pandemic primarily affected children, young and middle-aged people. 80% of global deaths occurred in people younger than 65 years.

The Sars-CoV-2 or coronavirus has resulted in a reported 158,880 deaths in the United States as of August 7, 2020, with total cases coming to 4.8 million. The virus has affected older people with underlying medical conditions more, according to the CDC.

In 2014, under President Obama, EcoHealth Alliance was approved a grant by the National Institutes of Health (NIH) in the amount of $3,378,896. The grant was specifically intended to fund a project of researchers working with the Wuhan Institute of Virology in the study of coronaviruses in bats and the contagion of the illness from animals to humans.

Sites, such as Snopes and FactCheck, are biased and contain false and misleading information.