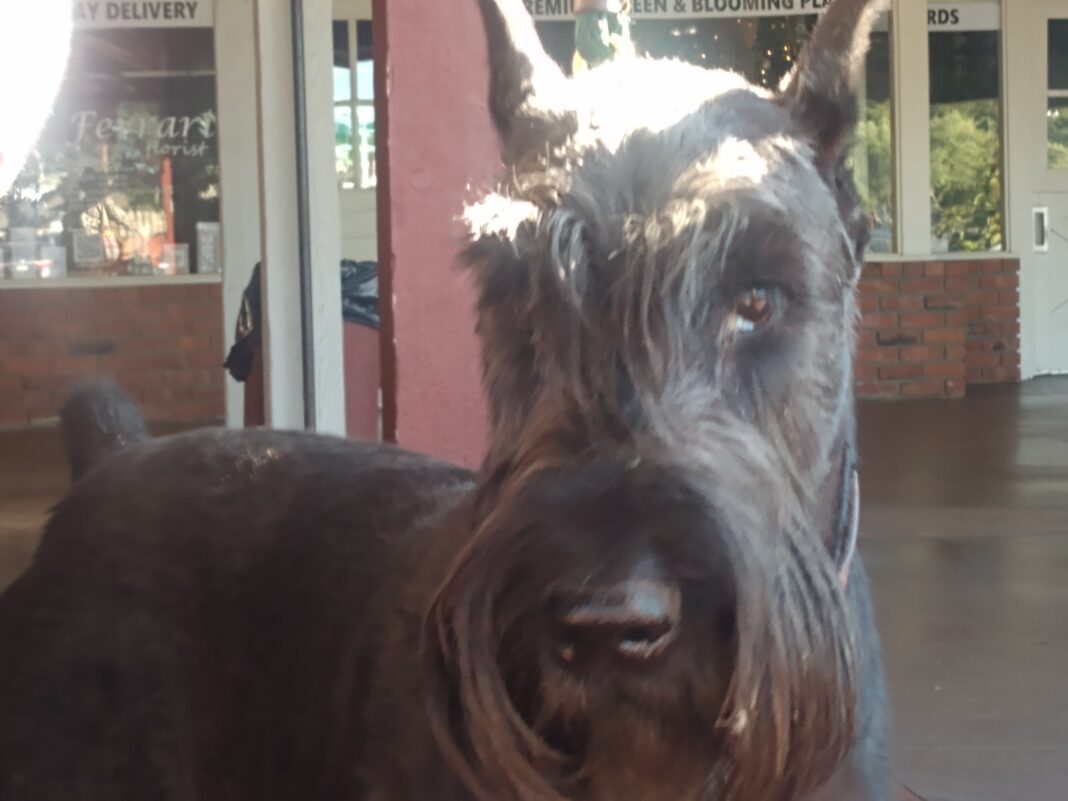 UNITED STATES—Robbie Caine was a regular sort of guy, who knew which side the bread was buttered on. On most days the statistical likelihood when dropping a piece of buttered toast to the floor was it would land on the buttered side up. Call it luck, call it good habits.

Robbie was better known to the reading public as R.P. Caine. He was a man of average height and predictable addictions, given his status as crime scribe. He was still overcoming the harmful effects of a first marriage, and had no intentions of stubbing his still-sore toe on that same piece of Judeo-Christian furniture, unholy wedlock, a second time.

Robbie’s dog had a very nice arrangement going. His dog, a giant schnauzer luxuriated in opulent smells; the coal- black beast stopped to lose himself on every roadside attraction, turning a 20-minute walk into a frustrating hour-long trek.

Robbie was not yet a fully acclimated dog person. It was nice to start off on a walk, in relative peace. Soon there dawned exasperating sighs. Rolf endured tugging on the leash and hyperventilated gasps. Meanwhile, a duo of dog walkers brought up a swiftly moving rust-brown collie.

Rolf’s master felt horribly inadequate. He hoped the ladies with the obedient collie could not detect the curses under his breath. By now Robbie felt more like a double scotch than a double espresso. When he and his dog reached Coffeeville, it would be alright.

The lady at the cafe filled a bowl of water for the dog and would offer bacon, ham, sliced turkey or roast beef. Like a well-trained pony, Rolf quickened his pace, sensing the nearness of meat within the awninged establishment.

It might be ham today. Robbie Caine would be handed the slender slices, and tear off a piece for each trick performed. Soon, the gangly schnauzer would be a five-trick pony. He was learning to squat, albeit slowly.

Today, Rolf and his master made the final curve toward the glass door. Robbie’s hand felt the pressure tighten on the leash in his hand as the carnivorous dog charged toward the promise of meat. Aware of their approach, the lady handed Robbie sliced turkey breast folded in wax paper.

The trick to passing the piece of meat to the ravenous dog was to quickly retract the fingers a split-second before Rolf’s incisors sank into the meat, lest he take back a hand missing part of a finger.

“Stay outside,” she whispered easily.  Then with foreboding, under her breath: “The inspector is here…”

A game of dog and mouse had begun.