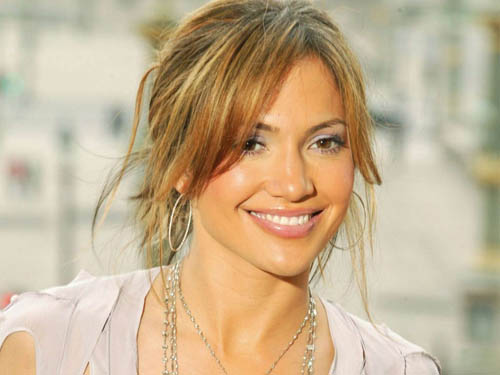 HOLLYWOOD—HELLO AMERICA! “American Idol” judge JENNIFER LOPEZ is making it very clear that she has toughened up enough to handle almost anything with  which this new season might introduce as an emotional challenge. “I admit,” she acknowledged, “that the first two seasons, it was extremely hard to control my emotions when dealing with some of the talents who really believed rejection was a death knell to life itself. Their hurt, pain and deep disappointment was transferred to me, and I found myself fighting back tears as every turn.”

Lopez was just as upfront and honest about her turbulent previous year on a personal level. “Everybody knows about my marriage breakup and all the rest of it, “ she noted. “Well, no, matter what happens in your professional life, you have to deal with your personal problems as well. And in doing so, one has to be extremely centered, and say to yourself ”˜this too, shall pass.’”

Lopez was anxious to set the record straight concerning her relationship with her co-judges Randy Jackson and Steven Tyler.  “Hey,” she laughed, “The guys are great, a lot of fun! Steven is outrageous, unpredictable, full of passion as well as compassion. He’s a lot of fun.  Randy is a very technical conscious musician, sometimes I’ve felt too critical on some levels, but he is a good balance as a judge for this kind of show. He has perfect pitch and the rest of the world has relative pitch, so when he tells a singer that he or she is too ”˜pitchy’ it is understandable.”

What about Ryan Seacrest? “I found that Ryan is a delight to work with,” she said, “He’s smart, sensitive and direct. All of us are lucky to be working with him. He keeps things moving, yeah, he knows how to keep order from the top to bottom.”

The singer-actress mentioned that since being on “American Idol” film offers have been plentiful. “There hasn’t been a day that I haven’t been offered a film or some kind of show, “ she said, “I love making movies, but I enjoy performing for a live audience, too. It feels good to be close to people, touch them, look into their eyes and know that they feel and believe what you are singing about in a song.”

It is very clear that Jennifer Lopez is one real, magical creative artist who is a throwback to some of the memorable legendary stars of yesterday. She has everything and always leaves an audience wanting more.