In YouTube video footage, Fitton asks, “Where are the Key Witnesses? Where is the whistleblower?”

Fitton is posting weekly updates on what he calls “Gossip Girl Impeachment.”

“Suffice it to say here the corrupted case for impeachment suffered major setbacks this week. There was no direct, or indirect evidence, of any misconduct by President Trump. In fact, none of the witnesses ever communicated with President Trump. This is why I’ve been calling this the ‘Gossip Girl Impeachment.’ So as the case for impeachment against President Trump is exposed for the sham it is, the testimony this week confirms that the Obama State Department was concerned about the Biden-Burisma-Ukraine scandal,” said Fitton. 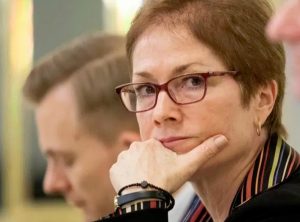 Judicial Watch announced on November 6 their investigation to discover if certain prominent figures, journalists, and people with ties to President Trump were unlawfully monitored by the State Department in Ukraine at the request of former Ambassador Marie Yonvanovitch.  Yonavanovitch was appointed by former President Obama. Judicial Watch reported that Ambassador Yovanovitch testified “in secret” to the House Impeachment Inquiry on October 11, which was leaked to the New York Times.

On the first day of the impeachment hearings, video footage shows members of Congress requesting testimony by the alleged whistleblower.

Fitton, Representative Matt Gaetz and other members of Congress cited that President Trump has the right to the Sixth Amendment to face his accuser.

Questions have been asked to House Intelligence Committee Chairman Adam Schiff, if Congress will hear testimony from the alleged whistleblower or Joe or Hunter Biden. Republicans formally requested a list of witnesses, which included whistleblower testimony.