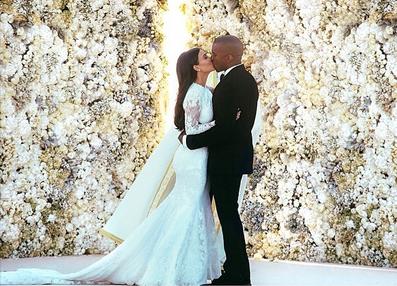 HELLO AMERICA!-Let’s face it; there are tons and tons of wannabes not only in the business world, but that of the entertainment industry, as well. The current obvious contenders are Kanye West and Kim Kardashian who exist and literally survive on the amount of press coverage they manage to receive not only in the American press, but international, too.

Kanye had the audacity to compare himself to “Jesus” and that he was the “prince” of our world.  Obviously, Kim is seriously confused as well because she can’t seem to settle down with one man long enough to be recognized as anyone really special. Kanye is her third victim.

For some strange reason, the couple view themselves as another Charles and Diana or Elizabeth Taylor and Richard Burton. How they could possibly reason in this direction is beyond any level of sanity. Kanye is a very lucky, but boring rapper who has made a lot of money enhancing the ignorance of millions of his base followers and Kim has been wise enough to profit from her family image stemming from a reality show. Well, you can’t really blame them for taking advantage of whatever opportunity that comes their way.  However, if they take themselves seriously, then they are definitely in trouble.

Their marriage produced and staged in Italy, as if on a Hollywood back lot brought little excitement. After all what have these two people actually done to make one care if they were married at the Apollo or on Sunset and Vine? It’s as if they have signed to star in a play that has an obvious short run.

As my old friend and boss Hedda Hopper used to say: “Some people believe they hear applause when no one is there.”

Should Kanye look in a mirror he will not see the reflection of Michael Jackson or even Tom Cruise. Instead, he will discover a little man who is desperately crying out for love and acceptance. Money alone will not make this a reality but a little less arrogance and ego might make a difference.