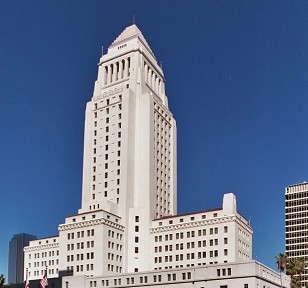 LOS ANGELES — A newly unveiled report from a private commission revealed details regarding the dangers of the city on Wednesday, January 8.

The Los Angeles 2020 Commission was established in 2013 by City Council President Herb Wesson, followed by their first meeting in April 2013, to examine fiscal stability and job growth in the city. The report, published in December 2013 and titled “A Time for Truth,” lists a myriad of problems that the city must deal with in the coming years if it is to properly survive.

One of the areas that the report examines is employment within the city. Between 1980 and 2010, 1 million new residents were introduced into the city, but that number parallels the 165,000 residents who left the city during that same period of time. The unemployment rate rose from about 5 percent to 10 percent between 1990 and 2010, making Los Angeles the city with the highest unemployment rate of any major U.S. city. In addition, the job growth rate has remained relatively flat when compared to other cities, barely rising above 1 percent within that same 20-year period, as opposed to other cities that have experienced job growth as high as about 1.6 percent.

The poverty rate has risen as well, jumping from 13.3 percent to 17.6 percent since 2007. The report links a rise in poverty rates to the large number of homeless individuals living within the city, which is supposed to sit at around 50,000.

When it to came to traffic, the report noted that a study from the Southern California Association of Governments claimed that if an estimated $500 billion were to be spent on transportation projects and traffic improvements, residents would only see a savings of three minutes on the various roads and highways in the city.

The Los Angeles Unified School District also saw distressing numbers in the form of the second highest dropout rate in the state of about 66.1 percent. In elementary schools, 75 percent of fourth graders were not proficient in reading, while less than one in three students were shown to be unprepared for the proper course requirements to gain admittance into either the California State University or UC school systems. In the report, the Managing Economist for the Milliken Institute and Director of its California Center Kevin Klowden said, “Demand for college-educated workers will outstrip the supply in California by 2020.”

Job growth was only seen in the Accommodation and Lodging, Education, Food and Healthcare services sectors. Other industries like Aerospace Production, Air Transportation, Motion Picture and Video Industries and the Retail sector all saw significant losses. The report claims that the relocation of the headquarters and manufacturing facilities of these industries contributed to those job losses.

Bureaucracy was blamed as a major cause of slow job growth and fleeing businesses, as the report cited two specific examples. The first is an eight-year-long approval process for the construction of a rail yard near the Los Angeles Harbor that would allow it to expedite the moving of freight containers to awaiting trains from the Burlington Northern Santa Fe Line, which is reported to cost around $500 million dollars. A similar project from Union Pacific was scrapped when the company decided not to deal with the possibility of a similarly lengthy process.

“Competitive ports have all made major improvements, while Los Angeles bent to the will of special interest groups and nimbyism,” the report states.

The news for small businesses was no better. The report notes that the Kauffman Foundation gave Los Angeles a D grade when it came to small business friendliness. The reason for such a low grade is attributed excessive taxes and regulations, thus convincing many business owners to stop expansion or to leave the state entirely.

Though the city saw a 14 percent gain on its portfolio for the city workers’ retirement fund, it is still underfunded by about $5 billion. Adding to that is the 25 percent annual growth in pension spending for city workers in the past 10 years, which goes above and beyond the 6.2 percent spending growth in the same period for Health and Sanitation. Despite that significant uptick in pension spending, the city paid for employee healthcare to the tune of $546 million in 2012, a large rise from the $370 million spent in 2004.

The commission report ends by saying that the city “has all of the ingredients to succeed,” leaving to the leadership of Los Angeles the responsibility to plan the next move for the city and its residents. The report also noted that this is but the first of two reports being written by the 2020 Commission, though it is left unsaid when that second report will be published.