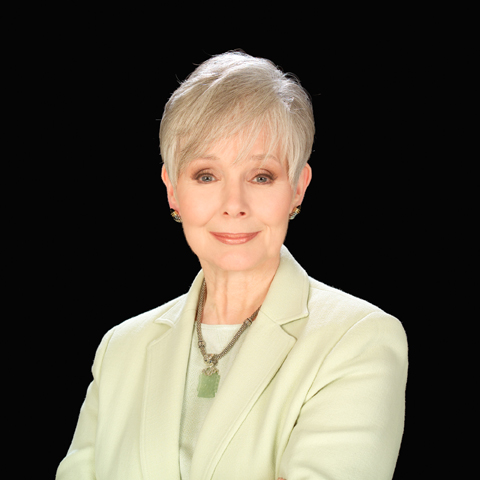 HOLLYWOOD —This week’s leading ladies gold standard goes to three amazing actresses, who prove they have longevity in the industry. They featured high emotions in various storylines. Kathryn Hays who plays Kim Hughes on CBS’s “As The World Turns,” Lesli Kay who plays Molly also on CBS’s “ATWT” and Eileen Davidson who plays Ashley Abbott on “The Young and the Restless” each offer a very consistent level of professionalism as actresses. Kim, Molly and Ashley are rich and diverse characters that have run the gambit over the years, but all three are heading for a milestone in their lives and viewers can’t wait to see what the future holds for each one. Hays, Kay and Davidson played such a range of emotions this week, from happiness, to concern to devastation.

Kathryn Hays has always been one of my favorite people in the world. She was once married to my late client Glenn Ford and we always called Kathy ”˜the good wife,’ of all of Glenn’s exes. As Kim Hughes, the lady will be celebrating a wedding anniversary with Dr. Bob Hughes, played by Don Hastings, who has been on “ATWT” for 54 years. Kim has been a wife who has made mistakes like most soap wives, though the class she exudes is only part of her charm. This week Kim began a walk down memory lane with the man she’s spent a quarter century with and her family means everything to her. Nostalgia is what soaps are all about. Having an excellent actress like Miss Hays with such a distinguished career remain loyal to a show is part of what makes the continuing daytime genre so popular.

Lesli Kay’s scenes as Molly gives advice to Carly and to Faith are sensational. Looking straight into another actor’s eyes is what Lesli does to disarm the individual. However, all week fans saw the mentoring side of Molly as she knew that Faith had been stealing and had serious problems she needs to talk about. This side of Molly is spectacular watching Lesli play. Knowing that she wants the best for Holden’s daughter and the empathy she has for the young girl is amazing to watch. Probably because Lesli Kay is the best mom on the planet, she knows how to play these warm and emotional moving scenes. Fast forward to Carly and Molly’s talks. Lesli plays it totally different. She loves her best friend, but she has a sort of tough love when it comes to Carly’s situation. Torn between telling her best friend to forget about her ex-husband Jack and also pushing her to fight for the man she loves is a tight-rope walk for the character, but not for the actress, who is capable of playing every emotion imaginable. Molly’s support will be needed for Carly and Faith in the days and weeks to come, but by the end of the week, she may be the one needing support.

Eileen Davidson’s Ashley has come to the horrific and heartbreaking realization that her baby is dead. Last week the DNA test proved that Faith is Sharon’s not Ashley’s daughter. The scenes when Davidson as Ashley had to hand over the child she’s raised for months made every viewer cry. When Ashley demanded Adam tell her how she lost her baby, getting physical was not in Davidson’s makeup, but it sure seemed like she knew how to throttle the guy. By the end of the week, Ashley was no closer to healing her loss and fans know that Eileen Davidson has a plethora of emotions left inside her and is simply waiting for Maria Arena Bell’s next script so that she can explore further dimensions of a very fascinating character “Y&R” fans have grown to love and admire.