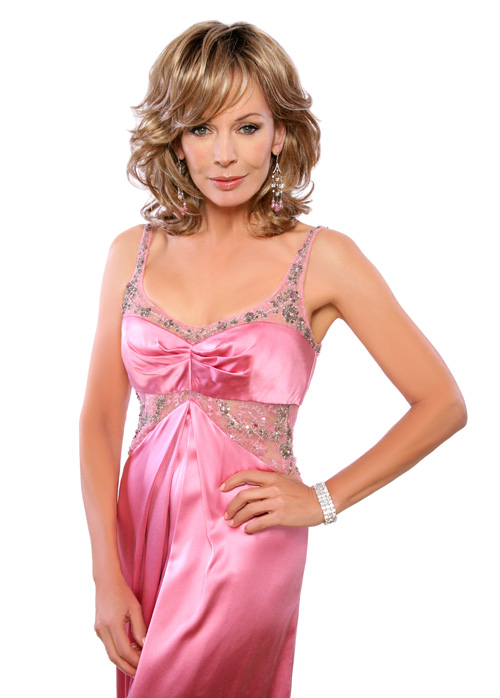 HOLLYWOOD —What is it about “B&B’s” Lesli Kay and “ATWT’s” Lesley-Anne Down that make them perfect soap heroines? Their beauty, those big blue eyes, Down’s sexy accent? Who knows, but between these two ladies, there is not only enough beauty, but enough talent to spread over half of Hollywood and they would still have more to go around. This week Down and Kay portrayed women who made the wrong choices, yet again! Down’s character Jackie chose to come clean with her husband about a dirty family secret, but then made the mistake of keeping the secret away from her son Nick, whose life will be changed forever when the secret is revealed. Kay’s character Molly hasn’t learned one thing since I left her on the Chicago court house steps in April. She’s now toying with Senator Silas Whitman, who is of great danger to the Oakdale news reporter.

Lesli Kay is one damn good actress. When I hear that theme, “Damn Good Actress” during commercial breaks on Turner Classic Movies Channel, it makes me think of Kay first. This week Kay’s character Molly who lives in Oakdale began to play a dangerous game. Sick of waiting around for her love Holden to stop following his ex-wife Lily, Molly decided to talk to, go out with and start seeing Senator Silas Whitman again. The senator is played by movie and TV icon Victor Slezak. Molly much like her best friend Carly can always be counted on to make the wrong decision and to end up in grave danger by doing the stupidest things. Molly knows Silas is dangerous, but she thinks that she can outsmart the man and maybe she can. However, it’s certainly not worth the danger and heartache that she’s going to face when the senator eventually turns the tables on the beauty. Even though fans and viewers of “As The World Turns” love to see danger and desperation, it’s going to be a lot of fun and very interesting to see where this all leads. Lesli plays everything brilliantly and with such gusto. Give this woman a daytime Emmy award next year, please!

While “B&B” genius Brad Bell is pulling all the right strings in the Jackie, Nick, Bridget and Owen storyline. Bridget and Jackie shared the secret that Bridget is carrying Owen’s baby, even though she’s married to Nick. This week Jackie and Owen came clean with each other. However, Jackie stopped short of telling her own son Nick that he’s not the father of his wife’s baby. Lesley-Anne played the heartbroken wife with great complexity, but every emotion that she was told to hit on was evident in her beautiful face. When Owen confronted Jackie, it was first shock, then sadness, then the poignant look in Jackie’s face when Owen said, “This could be a blessing” was evident in the actress’s perfect reactions.

Whatever happens to the characters of Molly and Jackie, fans will be watching with excitement because of the perfect ladies who play both roles. Lesley-Anne Down and Lesli Kay are superb actresses, beautiful and sweet ladies, but their characters always take the wrong turn in life. Be sure to go for the exciting ride on “B&B” and “ATWT’s” weekdays on CBS.