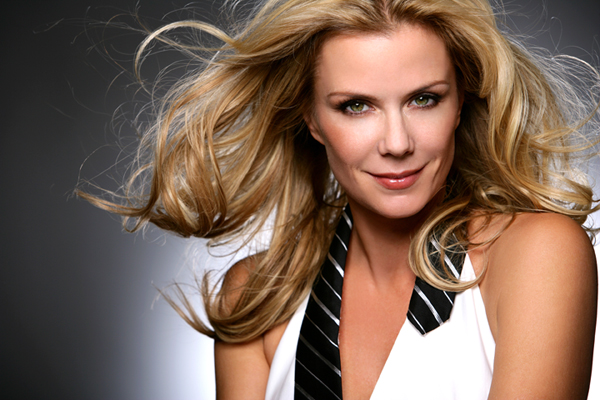 BEVERLY HILLS—This week’s gold standard goes to the talented and gorgeous Katherine Kelly Lang, who portrays Brooke Logan on CBS’s “The Bold and the Beautiful.” Brooke had a week that went from bad to worse. On Monday she was forced to come clean to her husband Ridge, that she had a one-night fling with her daughter Hope’s teenage boyfriend Oliver, the night of Hope”˜s high school graduation party. Then also she had to admit to Ridge that his daughter Steffy was blackmailing her to leave her position at Forrester Creations. Kelly Lang played the heroine so well that we immediately started to temporarily empathize with a character (Brooke) that we often detest and revile.

Brooke Logan has slept with every male member of the Forrester family, with the exception of her own son Rick Forrester. She has been called the sexiest woman in the world by the fashion industry and the whore of Beverly Hills by her mother-in-law Stephanie Forrester. When Brooke’s eldest daughter Bridget was married to her first husband Deacon, Brooke had a scandalous and incestuous affair with her son-in-law and her youngest daughter Hope is the product of that adulterous affair. Fast forward almost two decades, fans believed that Brooke had finally changed and would no longer behave in such a sleazy manner.

2009 and 2010 Emmy-winner Bradley P. Bell, who is the show’s executive producer and head writer came up with a brilliant storyline surrounding Hope’s graduation party. Bell even enlisted the help of international entertainer Daddy Yankee who performed on the show the episode, which aired in early June. During that night, the teenagers were all wearing masks and behaving like teens do. However, 40-plus-year-old sexy mother Brooke also got carried away and had a sexual encounter at the Forrester mansion with her daughter’s boyfriend Oliver. On Monday, after she explained herself to husband Ridge, there were only four people who knew of this secret.

Ridge assured Brooke on Thursday that the secret would remain between, “You [Brooke], my daughter Steffy and Oliver. Your daughter Hope and my mother [Stephanie] will never find out,” Ridge assured Brooke. Ridge confronted his daughter about blackmailing her stepmother, Steffy then had computer problems, so she was unaware that her conversation with her father Ridge was being recorded. Her laptop ended up in the wrong hands. An enemy of the Forrester family acquired the computer from the technician working on it. Then on Friday, during the press conference where Brooke Logan returned to her post at Forrester Creations, Hope, Stephanie and the entire media learned that Brooke had the affair with Oliver during Hope’s graduation party.

Hope is devastated by her mother’s unforgivable betrayal, Ridge blames his daughter Steffy for the secret coming out and Queen Stephanie went from amused by Brooke’s latest discretion to horrified that this is another adulterous scandal dealing with her nemesis and daughter-in-law Brooke. Viewers were in shock and excited about what may be coming Brooke’s way. Surely her husband Ridge will stand by her mistake, as he always does, Hope will not easily get over the shame and betrayal her mother caused, but Stephanie and Brooke have a long history of even physical violence from Stephanie trying to strangle Brooke, to slapping her around over the years, to holding her hostage with a shotgun.

“B&B” heats up for the summer, and guess what? Brad is just beginning.
“The Bold and the Beautiful” airs weekdays on CBS.