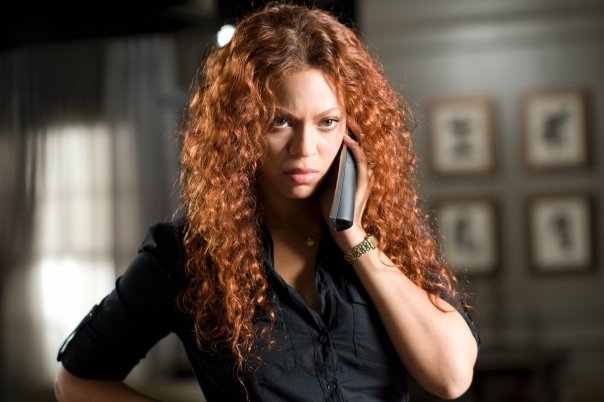 HOLLYWOOD—Making the transition from a musician to an actor is difficult. It’s no secret in Hollywood that many musicians like to dabble in cinema—it’s a way for them to earn extra income.  What many discover is that it’s not an easy task to shed the idea of everyone knowing you as a singer. That label tends to stick with you; you’re always known as a singer first and an actor second.  However, it is possible to successfully transition into movies.

Ice Cube got his start as a rapper with the group NWA.  He was later cast in director John Singleton’s gritty drama “Boyz N The Hood” where he gave a performance that captivated critics and audiences.  He continued his endeavors in music, but, at the same time, he continued his burgeoning film career by screenwriting and executive producing his first film “Friday” in 1995.  The comedy was a hit among audiences and spawned two sequels. Roles in “Higher Learning,” “Anaconda” alongside Jennifer Lopez, “Three Kings,” “Barbershop” and “Are We There Yet?” have shown an incredible amount of range for the actor who is considered a powerful contender in the industry.  Not only did he start as an actor, but he learned the craft of writing, directing and producing along the way. He even has a TV hit with the series “Are We There Yet?” on TBS.

The public knows BeyoncÃ¨ Knowles from her ubiquitous hit singles “Crazy in Love,” “Irreplaceable,” and who can forget “Single Ladies (Put a Ring on It),” but she is trying to balance her music career, while becoming a serious actress.  Her first feature film was the 2002 comedy “Austin Powers in Goldmember” where she played Foxy Cleopatra.  While the film was a boxoffice smash, many didn’t see the role as a stretch for Knowles who has experience as a singer.  She followed that performance with roles in “The Fighting Temptations,” a remake of “The Pink Panther” and “Dreamgirls” where she also showcased her singing chops.  “Dreamgirls” was a success for the singer who received a Golden Globe nomination for Best Actress in a Motion Picture Musical or Comedy.  In 2009, she gave a fierce performance in the thriller “Obsessed” alongside Idris Elba, and there was no singing.  I would argue that Knowles could easily transition from music to cinema if she picked roles that aren’t centered around her musical capability; the public is aware of her singing ability, we’d like to see her in roles that are much more layered and vulnerable.

Country crooner Tim McGraw grabbed the attention of audiences with his performance as a football coach in the drama “Friday Night Lights” in 2004. He received critical praise for his work in the film.  He had a minor role in the Iraq war drama “The Kingdom,” alongside Academy Award winner Jamie Foxx in 2007.  While he continued to pursue musical interests, McGraw picked roles that showed his depth as an actor.  He channeled his comedic roots in “Four Christmases” playing one of Vince Vaughn’s rambunctious siblings.  In 2009, he received critical praise for his performance as Sean Tuohy in “The Blind Side” alongside actress Sandra Bullock.  Both films were huge boxoffice hits.  He is slated to star alongside Oscar-winner Gwyneth Paltrow in “Country Strong” slated for release this December.

Justin Timberlake is on his way to being considered a formidable force inHollywood.  He was first introduced as a member of N’SYNC until he went solo, but Timberlake was destined to be an actor.  He first captured the public’s attention with his charismatic role in the 2006 flick “Alpha Dog” where he portrayed Frankie Ballenbacher.  He followed that performance with a dramatic role in “Black Snake Moan” alongside Samuel L. Jackson and Christina Ricci.  He showcased his comedic roots with his voice as Artie in “Shrek the Third” and “The Love Guru” with Mike Myers and Jessica Alba. Currently, he’s generating Oscar buzz for his portrayal as Napster founder Sean Parker in “The Social Network,” which is a hit among critics and audiences.  He also has roles in “Bad Teacher” and “Friends with Benefits” hitting theaters in 2011.  Justin is showing that he’s serious about his craft as an actor and he’s not afraid to be vulnerable and that’s key.  I’d love to see him tackle a psychological thriller next.

The transition from a music career to a movie career is not accomplished overnight.  There have been many success stories including Cher, Barbara Streisand and Queen Latifah to name a few, but there have also been failures among those such as Britney Spears, Brandy and Lil Kim who have appeared in one big screen movie and haven’t been seen since. The key with musicians attempting to transition from a successful music career to cinema is commitment.  A choice has to be made whether they’re ready to be seen as a movie star or as a musician because the public wants to identify them as one or the other. The public is first exposed to them through music not film and that makes it easy to label them. Choosing roles that showcase vulnerability can alter the public’s perception of the musician into realizing they’re capable of doing more than just singing, they can act as well.