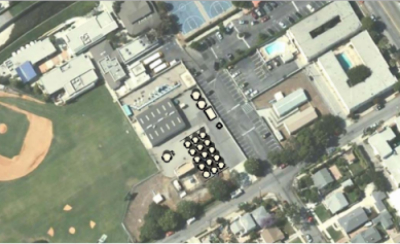 SANTA MONICA—On Tuesday, January 24, the Santa Monica City Council voted unanimously to budget $1.4 million to have a water production well at a Mar Vista private school relocated so that its football field can be upgraded for expanded and safer use.

Windward School will reimburse the city for all costs associated with moving the well about 50 feet southeast from its current position to allow for the movement of the football field. The field currently overlaps with the adjacent baseball diamond’s infield dirt. Moving the field will allow football players to play on a safer surface made entirely out of turf. It will also expand in capacity to allow for use by three additional players.

Black and Veatch Construction, Inc., which is based in Overland Park, Kan., has been chosen to expedite processing of the necessary permits, select a drilling contractor and construct a new well. The firm was chosen because of its previous work constructing the Charnock treatment facilities near the school. Because the project schedule calls for completion in the summer of 2012, the permitting process will begin immediately.

The City of Santa Monica approved the project because of the benefit of having a 41-year-old well replaced at the school’s expense. Since 1934, the well and four others at the Charnock Well field have pumped extracted groundwater to the city. They were recently reactivated after a lengthy hiatus due to contamination.