WEST HOLLYWOOD—On Friday, November 4, at approximately 9 a.m. a man was attacked, shot and robbed while attempting to park near his place of employment on the 9000 block of Sunset Boulevard. 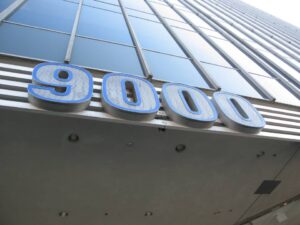 Parking lot surveillance captured the attacker, who was a male in a blue shirt. He can be seen getting out of his gray Toyota Infinity and running toward the driver of the Tesla on foot. The suspect’s gun was aimed on the victim.

The attacker chased the victim on foot. A second person in the Infinity drove toward the victim striking him with the car.

While the victim was laying on the ground, the attacker came back and took something.
The video depicts a hit-and-run, and an armed robbery.

According to deputies from the Los Angeles County Sheriff’s Department, the suspects fled the scene heading east on Sunset Boulevard in their gray four-door Infinity. The gun was recovered at the scene.

According to California Penal Code 20001, a felony hit-and-run is when an individual leaves the scene of an accident and someone other than the driver is seriously hurt or killed.

The penalty for a felony hit-and-run offense is a fine of between $1,000 and $10,000 in addition to 16 months to three years prison time, and two to four years prison time in a state penitentiary in cases when death or serious injury has occurred.

Anyone with information on the incident is asked to contact Detective Chappell at Los Angeles Police Department, West Hollywood Station at 310-855-8850.