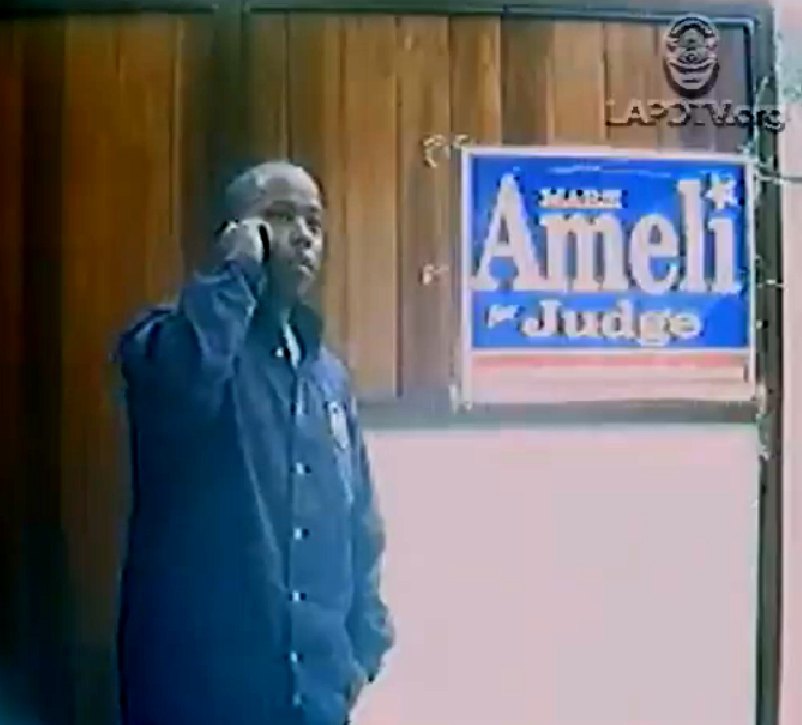 BEL AIR—Three forced-entry home burglary suspects are being sought by West Los Angeles Police Department detectives after a burglary was reported on the 900 block of North Beverly Glen Avenue at around 6 p.m. on Tuesday, June 1. The burglars were captured on a surveillance tape taken from the home’s front gate, revealing the face of one of the suspects.

Police reports say that the three suspects approached the residence through the victim’s front gate, then forced their way into the home through the back door. After breaking in, an undisclosed amount of money and a “religious symbol” piece of jewelry were stolen, valued at a total of “approximately $30,000,” said West LAPD Detective Guevara in an interview with Canyon News. Unfortunately, “there were no witnesses, other than the surveillance video and the picture [of the first suspect],” said Detective Guevara.

Only one suspect’s face was captured on tape, but the surveillance video reveals that the first suspect had a shaved head and was wearing a dark Sean John brand shirt or jacket. He appears to be 5 feet 10 inches tall and weighing approximately 180 pounds, according to the police report. Los Angeles detectives are asking for the help of the public in recognizing the suspect captured on surveillance, which could lead to the arrests of the other two, who were similarly dressed in dark sweatshirts, pants and shoes.

Detective Guevara states that no new progress has currently been made on the identification of the suspects as of press time.

Any further information on the suspects should be reported to West Los Angeles Detective Guevara at 310-444-1523 or 310-444-1522 during regular business hours. Calls can also be made directly to the Main Headquarters at 213-484-6700.During non-business hours or on weekends, calls should be directed to 1-877-LAPD-24-7.  Anyone wishing to remain anonymous should call Crimestoppers at 1-800-222-TIPS (800-222-8477).  Tipsters may also contact Crimestoppers by texting to phone number 274637 (C-R-I-M-E-S on most keypads) with a cell phone.  All text messages should begin with the letters “LAPD.” Tipsters may also go to LAPDOnline.org, click on “webtips” and follow the prompts.