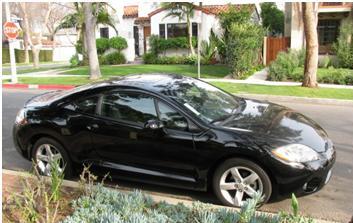 SANTA MONICA—On April 20, Santa Monica police reported that the department is seeking the public’s help in identifying and locating a vehicle involved in a felony hit-and-run.

The incident occurred on March 30, at about 4:15 p.m., when a 53-year-old woman was crossing Pico Boulevard in the 3200 block, where she was hit by a vehicle. The driver reportedly left the scene with the victim lying in the roadway.

Witnesses reported that the driver was seen driving erratically and speeding near the intersection of Cloverfield Boulevard and Pico Boulevard. The seriously injured victim was taken to a local hospital.

According to the initial investigation, the driver was male, possibly Hispanic or Asian and driving a late-model black Mitsubishi two-door Eclipse. SMPD has provided a photograph of a vehicle similar to the one described by witnesses, who are able to identify the suspect by sight.