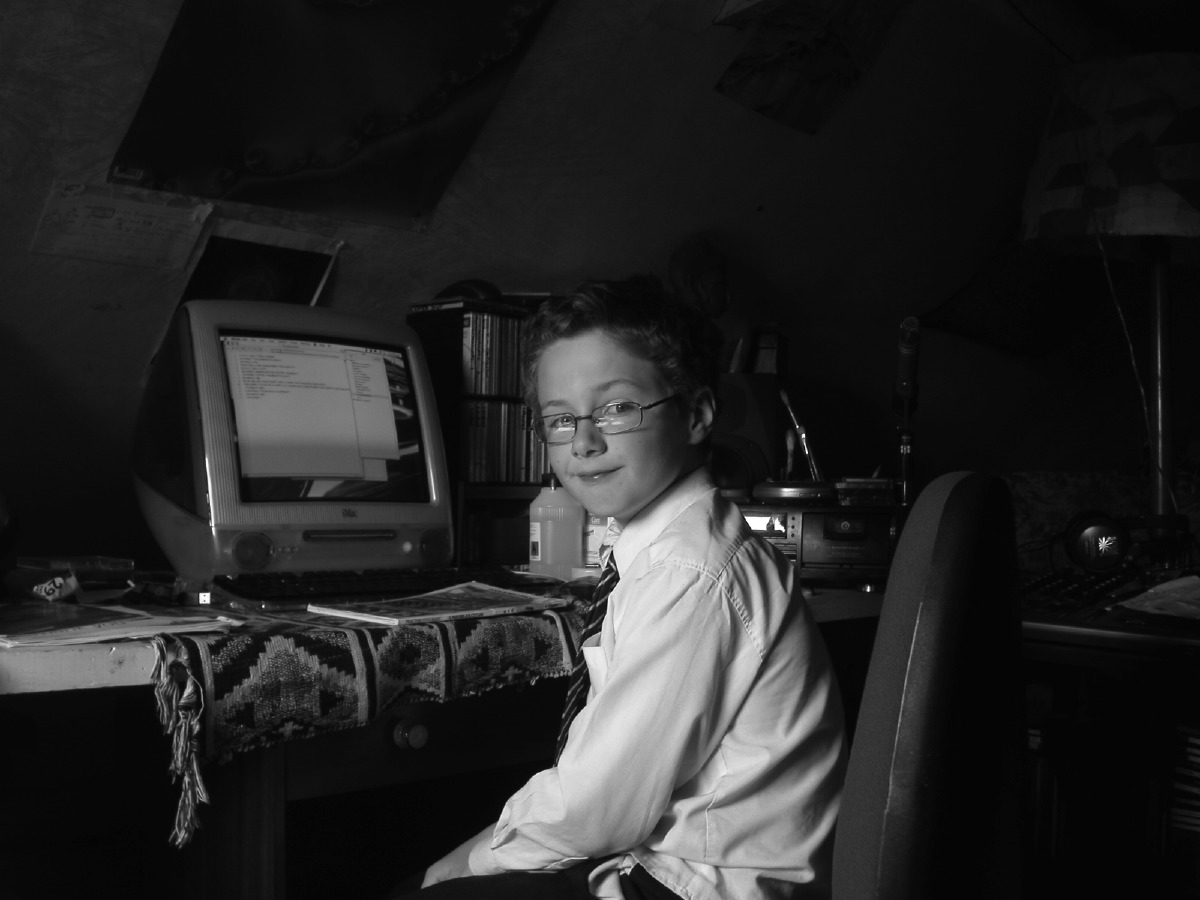 UNITED STATES—The brain is a personal computer for the body that a parent PROGRAMS in the first 6 years of life.

A humans’ self-schema is the hard drive, loaded with individual thoughts (self-concepts) that are programs in your own personal computer mind. Each program has good and bad cookies, viruses, malware that affects our self concepts (i.e. self-identity, self-esteem, self-image).

All of that in turn affects our self-regulatory values:  thinking vs responding, therefore, how we ACT.

A lot of American parents want to blame television, school,  or anyone else they can for the deficits in their child’s personality, intellect, and attitude and so excuses have to be made for the behavior and someone MUST be blamed, right?

The fact is NO ONE is more responsible for the personality, demeanor, attitude than the parental figure in charge. When that child goes to school the first day they are a little mini reflection of YOU, or the people you have allowed around your child.

Take a look at the ages that children develop the crucial traits of TRUST, HOPE, INDEPENDENCE, WILL, and PURPOSE! 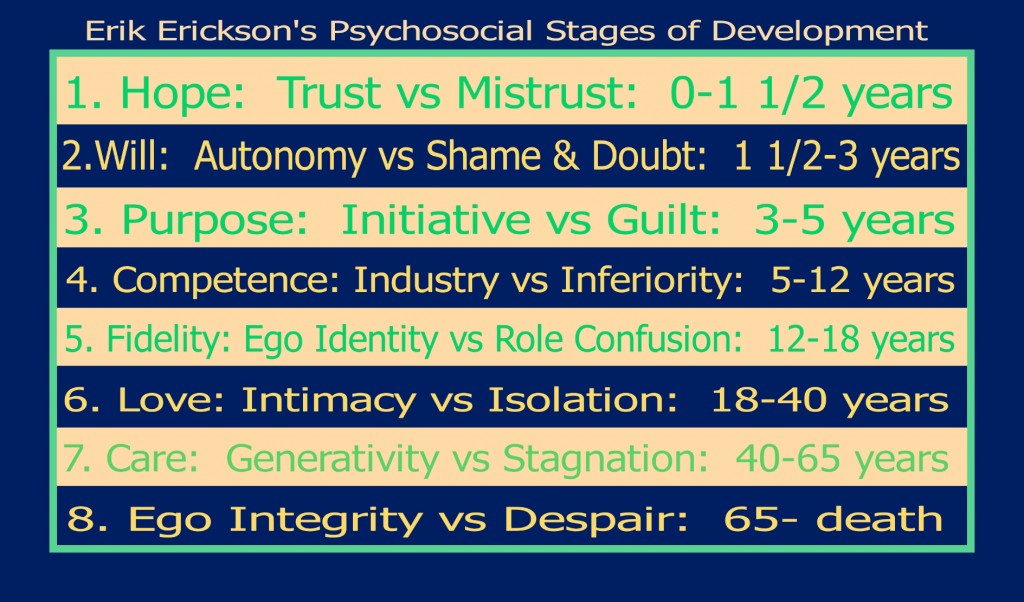 All possible positive traits should be programmed into the child before school, to prevent the child from becoming a nuisance to the public school system and hindrance to other classmates.

Is our child NOT a citizen of America and so should expect the CIVIL RIGHT to attend school without fear of harm and violence?

Good parents PROGRAM as early as they can because they KNOW the earlier you start teaching, the more intelligence your child starts school with. It is the reason for early education programs like Head Start and Pre-K.

Teaching all you can, especially about core values such as knowing right from wrong, gives a child the best chances to succeed when in groups. It also strengthens the mind like armor, preventing predators from recognizing weakness, like the shamed child looking for compliments anywhere she can get them, or the neglected child seeking positive attention and love anywhere he can find it.

The concept of polyvictimization is that once a victim has been breached sexually, physically, or emotionally, they are easy to spot by other exploitative people and abusers so the victimization continues like the circle of violence.

In fact, I propose America knows exactly what is going on, reaffirmed every time our nation OOH’s and AHH’s as they watch news and TV shows profiling actual events…

Like this current example of a toddler being filmed crying as the parent is twitching, supposedly on synthetic pot and filmed by a friend of the father, whose name was not listed on a birth certificate. They were tring to prove the mother as UNFIT, so he can have a leg to stand on in court after not seeing the baby for a month, according to Nancy Grace.

Or Erika Wigstrom, who claims to have killed her child to end suffering. The baby was known to Uncle Sam, after having been over the limit with alcohol in his system at 2 months old, before dying at 18 months by a mother who dosed him with GERM-X.

In America, we know what to do when a manufacturing facility produces a flawed product. Toss it and redo the equipment.

The problem is we cannot toss out HUMANS, or sterilize them to prevent hordes of NON-PARENTED children. Yet, Uncle Sam isn’t allowed to dictate how to parent either.

Tension is rising, society is further deteriorating while we sit as Americans, handcuffed and forced to watch it happen. At least those of us that are a product of this broken world and have no resources to use for escape or even betterment…

BattleCat is observing Black POVERTY and Crab Mentality: kids beaten for having good grades and it appears housing developments “cater and enable these criminals and what they are doing.”

I am seeing White POVERTY with Disabling Mentality: smart kids are forced into a disability by being bullied inside the home and even medicated for a SOCIAL SECURITY PAYCHECK because a lack of parenting can cause ADHD and ODD symptoms.

Remember, humans are like computers at birth, with a BLANK SLATE (Tabula Rasa) that needs to be programmed by the parenting figure.

In many of these poverty homes, life as it IS, SHOULD, and WILL BE is indoctrinated into children with a CULT-LIKE doctrine! They use GROUPTHINK behavior, and the bigger the family, the easier it is to force groupthink onto strong minds, making children conform to the group-endorsed behavior.

Social environment influences psychological growth, so during the crucial years of psychosocial development (seen above) NOTHING will program the child more than the people and activities in the child’s living environment.

They say that “difficult & toxic” parents are “producers, directors, and casting agents for the entire production” aka the CHILD’S LIFE, until the UNFORTUNATE and BROKEN CHILD is old enough to FLEE! Many times it is too late. The child is riddled with irrational beliefs that they will not be able to function as an individual, becoming just ONE MORE human with a man-made disability simply because someone was ALLOWED to program that POOR CHILD wrong, and in the case of poverty homes, Uncle Sam is paying for these practices to continue.

Here is a question to leave you with: