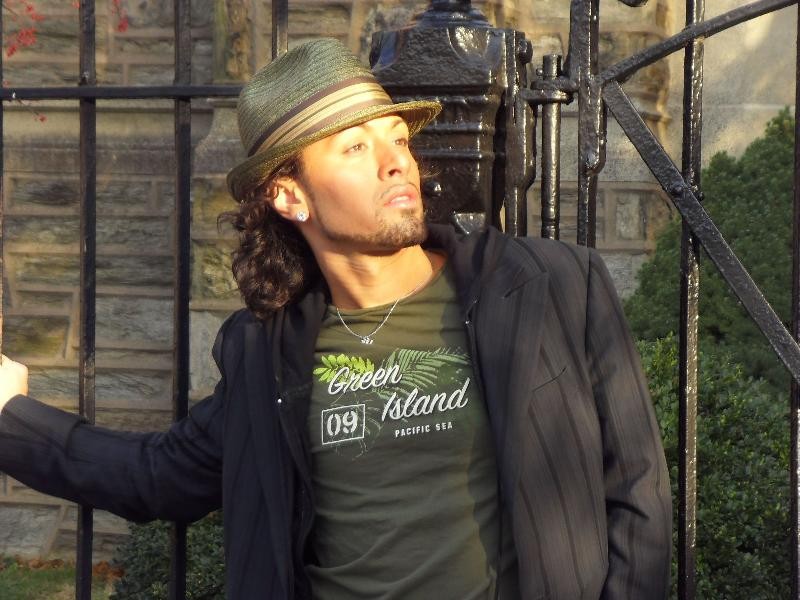 BEVERLY HILLS —With the release of his debut CD “Did It Rite” Philly’s young son Tony Enos is hoping for all the recognition and fame every new artist dreams about. Serving up a torrid mix of pop, hip hop and dance beats, the former choreographer turned performer can captivate a crowd with the best of them. Heavily influenced by Janet Jackson, Prince and Michael Jackson, his musical offerings serve up a heat-laced collection of originals that are sure to make you move some part of your body.

Tony Enos’s drive delves a little deeper, however. Unlike so many entertainers in the world of hip hop and pop music, Tony Enos makes no apologies for his sexuality. As an openly gay entertainer, his swagger comes from the fact that he embraces his uniqueness and is very comfortable with it. With “Did It Rite” Enos hopes to ”˜do it right’ and set a precedent in an industry that shuns same gender loving entertainers and cloaks sexual identities.

“I want to be the first hip hop edged/ pop performer to keep it all the way real. My album is not a gay album. It’s flavored with pop, R&B, hip hop and ballads. Just because I am gay, really what does that have to do with the music? I believe that ingredient just adds to my overall creativity,” explains Tony. “I flow with the freedom to be expressive to all the many varied sides of me, balancing the feminine with the masculine. And when you experience my live show, it’s a full production, everything from dances to wardrobe changes. You will be entertained!”

“I want to be the male Janet Jackson in terms of the sexual energy and confidence that I bring, and a male Diana Ross in terms of breaking down barriers and blurring boundary lines,” adds Tony. “Aside from my music, there’s an underlying mission. To be an ambassador of love and togetherness, and make the world a better place for both my gay and straight audiences alike!”

Tony started dancing and writing songs at a young age, releasing his first record when he was just 16 years old. The 24-year-old entertainer launched his own label, lil’ T Entertainment LLC in 2006 and has become a mainstay in the local Philadelphia music scene with his signature, raw sexual energy. His first single, “Work It Out” was released in the spring of 2008, followed by his hit “Good Love.” Both tracks lent a preview to the passion embodied in “Did It Rite.”

“Did It Rite” showcases Enos’s amazing talents as a compelling songwriter and gifted singer. He goes full throttle on hip hop inspired dance tracks like “Give It Too You,” “Get It” and “Livin’ for the Weekend.” On the ballad “Delicious” and “It Feels Like” he sweetly seduces, while the title track “Did It Right” is a beautiful serenade that reveals his true heart.

Tony Enos will embark on a multi-city tour in April, with Philadelphia as his first stop, then continuing to New York, Boston, Miami, Washington D.C., Texas, Atlanta, South Carolina, Chicago, San Francisco and finally here in Los Angeles. Opening night is Friday, April 23, at 7 p.m. live at the William Way Center. Tickets are on sale at Giovanni’s Room Book store (345 South 12th Street Philadelphia, Pa. 19107 215-923-2960) and online at myspace.com/tonyenos for $10.

With a full stage production that brings his debut CD “Did It Rite” to life, Enos has every plan to do it right!

To check out Tony’s upcoming L.A. dates, go to