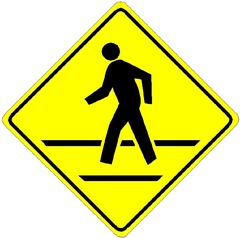 SANTA MONICA—On December 23, a 66-year-old pedestrian was struck by a vehicle while attempting to cross Wilshire Boulevard and 10th Street.  The victim was hospitalized and later died.  This is an accurate description of hundreds of such incidents that occur in Santa Monica.

When compared to a list of similarly-sized cities, Santa Monica is the city with the highest incidence rate of traffic-related injuries and fatalities in California, according to the Office of Traffic Safety (OTS).  Santa Monica had 701 traffic-related deaths and injuries in 2008, just behind Santa Barbara at 551 and Hawthorne at 354.

The high accident-rate appears to be indicative of a growing trend driven not by city incompetence, but by the high volume of summer traffic from Americans vacationing on the sunny beaches of Santa Monica.  As a city that encourages walking and bicycling, Santa Monica is prone to far more accidents than other cities of its size, according to Sgt. Jay Trisler with the Santa Monica Police Department.

In a statement to Canyon News, Sgt. Trisler explained that the aforementioned injury of the elderly pedestrian is “not a trend, but an unfortunate incident that occurred.” He added that the more people walk, the more injuries are likely to happen, and places that “promoted bicycle riding see more injuries.” These factors result in a “higher propensity of injuries.”

When asked how Santa Monica proposes to address this steady increase in traffic-related injuries, Sgt. Trisler advanced the notion of “education,” of both pedestrians and drivers, on the proper etiquette when driving in congested cities like Santa Monica. Sgt. Trisler’s views on the contribution of bicycling and walking to the surge in injuries is substantiated by OTS traffic data, which shows that although Santa Monica’s resident population numbers only 91,700 persons, pedestrian and automotive traffic during peak periods over the summer reaches as high as 200,000 persons.  According to OTS, in 2008, 110 of those injured in traffic-related incidents in Santa Monica were bicyclists.