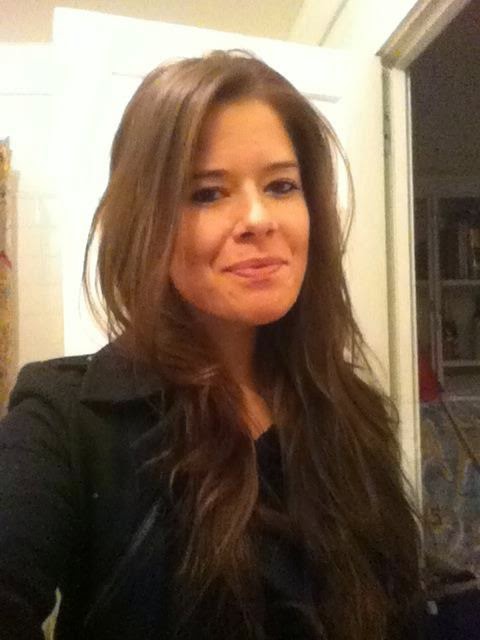 LAUREL CANYON—When Amanda (or Pickles, as I affectionately refer to her as) asked if I would be up to write a guest blog spot, I instantly agreed. Only to then instantly panic – What should I write about?!  I have nothing interesting to write about and I don’t have any passions or opinions. Once my panic attack subsided, I realized what I really wanted to write about. A place rich with history, mischief, dreams, a modern day Neverland. This place will forever live in my heart (and will now live on forever, since this is being posted on the internet). I am writing about THE CANYON, as in Laurel Canyon.

Laurel Canyon is like no place I have ever lived. One mile north of the sunset strip, there is peace and serenity that is hard to find in the sprawling city chaos of Los Angeles. When you drive through the canyon, you will see and smell Eucalyptus trees. The winding road will take you up to Mulholland drive with views of twinkling lights dancing, rivaling the night sky. The road twists you thru narrower streets that come dangerously close to the canyon cliffs. There are cute cottages, old castles and eco-friendly homes. No two houses are alike.  There is a Canyon General store, covered in peace and love signs with a canyon coffee stand canyon residents flock to over the weekend. It’s completely unique and truly wonderful.

The canyon is a place of a musical and historical importance, once pregnant with a generation of musicians unlike anything the world has seen that include Jim Morrison, Joni Mitchell, Frank Zappa, Brian Wilson, Jimi Hendrix, bands like Buffalo Springfield, Crosby Stills and Nash, The Byrds. It’s hard to believe most of these people lived on my street 50 years ago but their mark has been permanently embedded here.  There was a community similar to Haight-Ashbury in San Francisco, or Greenwich Village in New York; an artist’s community. People had the same interests, love of music, and hatred of war. They played in bands together; they ate together, partied together, and opened their doors to one another. Sometimes they slept together. People were so connected to each other, so in tune with one another. It was a generation who believed in each other.

There is one day a year that is like no other where Canyon dwellers celebrate our community’s existence. Canyon Photo Day is on the third Sunday in October at the Canyon Country Store, which Jim Morrison lived behind at one time. “I see you live on Love Street.  There’s this store where the creatures meet.”-Jim Morrison.

Laurel Canyon Boulevard comes to a stand still as these canyon creatures descend down to the store for a gigantic group picture. There are families, artists, old musicians, young musicians, movie producers, actors, and canyon hillbillies. There is a man known as Hollywood Jesus, who is about 6’4, and wears a white robe and has long brown hair. There are two clowns that scale the traffic light of
Laurel and Kirkwood and pose with face paint and umbrellas.  People bring their pets. I’ve seen puppies, and I’ve seen a giant turtle. There is a band playing, a Jimi Hendrix impersonator, a Jamaican man who sells Jamaican cream cheese, and a parrot. 2PM, the photographer stands in the middle of the street and tells everyone to squeeze and say cheese on the count of three. It’s pure pandemonium and it’s beautiful. I just wish I knew more of the other voices yelling “CHEESE!”

In this day and age, and not just in Laurel Canyon, it feels like we are at the opposite end of the spectrum; out of touch with one another and we lack the same type of strong in-person community. Everything is just awkward. We log into Instagram and Facebook to see what our friends are up to, instead of calling them to catch up and make plans to grab coffee. We go online for our communities, to find meaningful relationships, friendships and hookups, instead of meeting people in the world and spending time getting to know our neighbors. We’ve become so desensitized, disconnected and distant. It feels like robots are taking over the world. It’s scary.

This June it will be four years since I’ve lived in my house on Lookout Mountain in the Canyon. I’m guilty of knowing my neighbors only by nicknames. There’s Crazy Cat lady who lives to the right (3 years ago a good friend of mine was hitting golf balls off our roof into the canyon, and drove one thru her living room window) the bitchy lesbians behind us (who complain about everything we do), the sketchy possible meth cookers to the right (who could care less what we do) and the balding guy across the street who yelled at us once when some random person hit his fence and hasn’t really spoken to us since. It bothers me that I still don’t know who these people are.

Community is invaluable and it cultivates empathy, trust, respect and love for one another. The Canyon in the 60s was a time and place when people walked out the front door to go to a neighbor’s house to kick back to listen to the newest vinyl record together. People like Frank Zappa and Mama Cass (of The Mama’s and the Papa’s) had open door policies. Anyone could stop in and say hello. That was how so many wonderful and serendipitous things happened! It seems as if those days are a million years ago. There are glaring differences between that time and now which include pros and cons. Technically speaking, it’s “easier now,” but it also feels a hell of a lot more complicated. It is so import to maintain the community that once was, no matter where you live. We need to be nice to one another, believe in each other, support each other and care about each other. “It’s a beautiful day in the neighborhood, a beautiful day for a neighbor. Would you be mine; could you be mine? Won’t you be my neighbor?”-Mr. Rodgers

Now, if you’ll excuse me, I have to go meet my neighbors.

This article comes courtesy of the blog: http://takeyourpicamanda.blogspot.com/2014/05/guest-blogger-may-challenge-c-is-for.html.