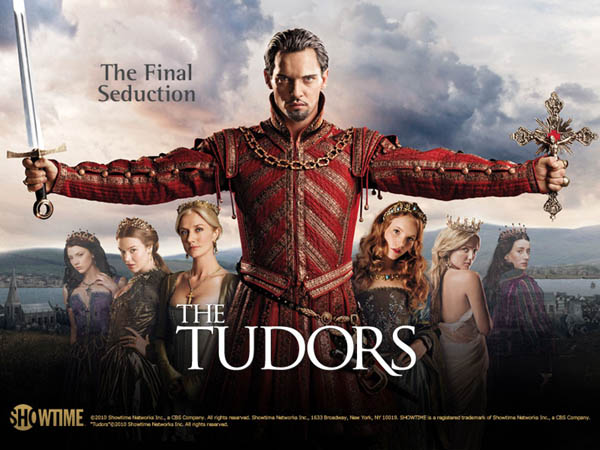 HOLLYWOOD—Sunday night “The Tudors” will be ending the series that has kept viewers excited about history for four seasons. On last week’s episode an ailing Henry finally rid himself of Lord Surrey. Surrey attempted to stage a kidnapping of Prince Edward, in order to be the one who controls the thrown at Henry’s ultimate death. This put Lord Hartford, the prince’s uncle Edward Seymour in the best place possible. Seymour demanded that the jury in charge of Surrey’s trial convicted him of treason and finally putting him out of everyone’s faces forever. Surrey was convicted and sentenced to death by an almost unimaginable manner.

Henry’s health is declining ever so swiftly and his wife Queen Catherine Parr decided to step up her goal of ridding England of the former Catholic faith sooner rather than later. Henry has successfully pushed the Church out of his realm, but his own religion The Church of England is virtually identical in many ways, which upsets real reformers, such as his wife, Catherine. That places the queen squarely up against the Bishop Stephen Gardner who by the end of the episode had convinced his monarch to allow him to draw up an indictment of the queen on heresy.

Aligned with the bishop is Henry’s eldest daughter Mary, who grieved the loss of her beloved lifetime friend, Ambassador Chadwick of Spain. Mary a devout Catholic despises her stepmother and said very hurtful things to her face. Catherine the epitome of grace kept her composure and assured Mary that she still loved her like a daughter. The Duke of Suffolk Charles Brandon is beginning to have even more doubts of Henry’s sanity. In history, this became a bloodthirsty time around the Court and the Crown.

Bishop Gardner arrested, indicted, tortured and burned alive a woman who dared to preach reformer doctrine in a church in London. This woman an ally of Queen Catherine’s and also Lady Hartford’s suffered as she was burned to death for heresy. Bishop Gardner’s henchman told Lady Hartford that she’d soon be speaking with his grace as well.

On Sunday night, this show ends, but on a high note. The series has to be given credit for reviving interest in British history, which is our own history. The Commonwealth and the realm of the Tudor dynasty will come crumbling down when Henry dies, only to become more tumultuous and bloody under his brother-in-law Edward Seymour, who will become King Edward’s protector and then ultimately six years into Edward’s reign as king, he dies of measles and consumption, leaving the throne to his sister Mary, who has vowed to burn every protestant in England to bring the country back to the Catholic faith.

Knowing history is one thing. How the writers of the hit series “The Tudors” end this series is going to be exciting to watch.

“The Tudors” concludes on Sunday night on Showtime.