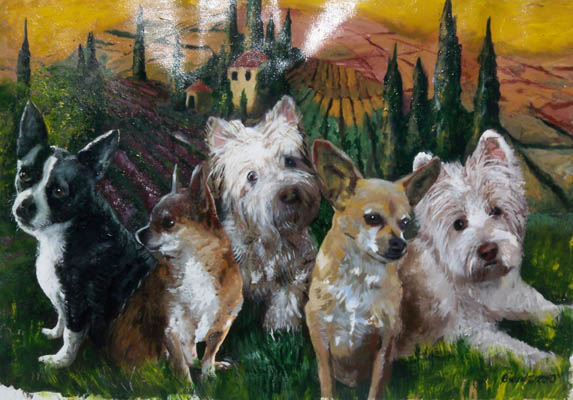 BEVERLY HILLS —This week in Hollywoodland there was one surprise after another. After a blind-sided moment much like Sandra Bullock’s, I became even more aware of how rare true friendship is in Hollywood. Let’s just say, nothing as serious as Sandra went through, but I learned friendship in the entertainment world is sometimes not what it may seem. Sandra Bullock showed everyone, even Julia Roberts, who is the boss in this town, and if you think Sally Field was “The Flying Nun,” just wait until you hear who is the sexiest nun in Hollywood. That’s right, sexy!

This week Canyon News caught up with “The Young and the Restless” star Thom Bierdz, who is Phillip Chancellor, III on the number one daytime drama in the U.S. Thom has been traveling a lot recently. So we caught up with him after his return from NYC where he received an award for his work in equality for all Americans and is known world-wide as the first openly gay actor to play a contract role as a gay character on any soap opera. What he spent this week doing was working on his painting. His superb work includes the incredible portrait above. Bierdz tells Canyon News, “Things are great here. I love painting the portraits I have been doing. The portrait you are showing is of five little dogs in a Tuscany background.” Bierdz is a commissioned artist who is well known in Hollywood. Some of his hundreds of celebrity clients include Connie Stevens and Scarlet Johansson as well as many business people in Beverly Hills. You can find more information about his art on the star’s website. Thom is also the author of the acclaimed award winning biography “Forgiving Troy.”

Sandra Bullock should be working for the CIA. After her breakup with husband Jesse James in March, no one knew where she was really staying. George Lopez often visited her Hollywood Hills home, but ever the friend to the woman who was behind his hit show “The George Lopez Show” on ABC, he would never comment about Sandra while being photographed leaving her home. It seems that in January, after a two-year process of trying to adopt a child in New Orleans, Sandra and Jesse got word that a little African American boy was available to them. Sandra and Jesse picked up their son, Louis Bardot and came home and kept the secret that they had him from friends and every paparazzi and member of the media for almost three months. Sandra broke the news, along with the fact that she filed for divorce over a week ago in her part-time home of Austin, Texas as well. She’s better at keeping secrets than many world leaders.

Julia Roberts had been promised the cover of People magazine as she was chosen as one of the Most Beautiful People by the publication. However, Julia’s photo got placed at the right hand corner of the publication and Sandra Bullock holding her new baby boy Louis, which she named in honor of the late singer Louis Armstrong was the main cover shot. Not only did life imitate art, as Sandra played the real-life story of a woman in North Carolina who adopted a teenage African American homeless boy, who later became a major football player for a team in Baltimore. Though in addition to Sandra getting an Academy AwardÂ® for the role, it was turned down by Julia Roberts who was initially offered the part. Seems like everything is coming up roses for Ms. Bullock. She seems happier than she’s been in a long time. Good luck to her and she is asking for some privacy for her new son.

Lindsay Lohan’s dad Michael Lohan arrived in West Hollywood this week to have an intervention with his film star daughter, who he says is allegedly abusing drugs. However, not only did Lohan’s father call the police to help intervene and arrive at her home. Though it seems someone called TMZ to bring the cameras so that it could all be caught on tape. Lindsay ended the week partying with friends until about 5 a.m. The next morning she tweeted a photograph of herself holding a gun in her mouth as a provocative move some say to garner further media attention.

David Hasselhoff may be returning to “The Young and the Restless” as Dr. Snapper Foster, as we reported last week. However, David’s ex-wife Pamela Bach has reported to a local L.A. jail to serve a 90-day sentence after pleading no contest last week to DUI, which was a violation of her parole from a previous alcohol related offense. Bach turned herself in a week early to begin her sentence.

Join my “B&B” friends Lesley-Anne Down (Jackie), Katherine Kelly Lang (Brooke), Sarah Brown (Aggie), Heather Tom (Katie), Aaron D. Spears (Justin), Jacqueline MacInnes Wood (Steffy) and Ashley Jones (Bridget) when they step out to support foster care children at the “Hillsides Foster Soles Celebrity Shoe Auction Party” on Tuesday, May 4. The event will be held at Bar Celona in Pasadena, Calif. and will benefit Hillsides, a residential home for foster children. Dr. Drew Pinsky is hosting. Tickets are $25 in advance and $35 at the door. In addition to mixing and mingling with celebrities, the night will kick off an online celebrity shoe auction that will run May 4 through May 20 at clothesoffourback.org/hillsidesfostersoles. Jack Wagner (Nick) and Jennifer Gareis (Donna) are also participating in the online auction. To buy tickets, or receive more information, visit: Hillsides.org. If you can’t be there in person don’t forget to visit the online auction!

Thank goodness George Clooney is safe. Italian authorities discovered hundreds of pounds of undetonated WWII era explosives in the lake next to his beautiful villa in Lake Como. There was approximately 500 pounds of hand grenades, mortars and aircraft bombs were hauled out of Lake Como —roughly 50 feet from where Clooney’s mansion backs up to the water. Clooney purchased his home in 2002.

Now to the sexiest nun in Hollywood. The brilliant talented Carole Cook was recently in a West Hollywood hospital. It was nothing horrible and she is already home and doing well. But I have to tell you about something that happened one day after visiting hours. Carole was in her room at the hospital when there was a knock at the door. Her husband Tom said, “Come in.” There is a thin curtain between the bed and the door, so the person came in and said, “I want to say hello to my dear Carole and Tom.” They could see only a shadow but it was obvious that the voice was coming from a nun. As she opened the curtain and stood before them, Carole and Tom began to shake with laughter! It was their dear pal, actress JoAnne Worley. She felt that because Carole couldn’t have visitors at that hour that she would come in full Nun regalia and that no one would dare stop a nun from going into any room she wanted to go in. She was with them for about 15 minutes before a nurse came in to bring something for Carole, Tom introduced her to Sister JoAnne. When JoAnne eventually left, Tom walked her towards the elevator. On his return to the room, he passed two nurses who had watched Sister JoAnne leave Carole’s room. He heard one of them say to the other, “That is the first nun I have ever seen with false eye lashes!” It was hilarious. Leave it to Dr. Worley to dispense the best kind of medicine — laughter.

On that note, be sure to tune in to great TV this week when on “Y&R” Lauren and Sarah have a final and possibly deadly showdown, on “B&B” look for Bridget’s mother-in-law Jackie to give her an offer she cannot refuse, on “General Hospital” a plot cooked up by Helena has life altering consequences and on Sunday night don’t miss the HBO miniseries “The Pacific.” Every American should know what made WWII veterans the greatest generation. Finally also on Sunday, tune in to Showtime’s “The Tudors,” as King Henry, VIII finally becomes suspicious of his teenage bride’s adulterous behavior.

Take a lesson out of my friend JoAnne Worley’s playbook this week and make someone laugh. It’s a very powerful and positive tool, instead of hurting someone’s feelings or doing something disappointing.

On Saturday, May 1, my friend Helen Wagner, who played Nancy Hughes on CBS’s “As The World Turns” died.  “All of us at ‘As the World Turns’ are deeply saddened by Helen’s passing,”executive producer Christopher Goutman said in a statement. “She is loved by generations of fans, and while we will miss her greatly Helen will always remain the heart and soul of ‘As the World Turns.'” Wagner opened “As the World Turns” when it premiered on April 2, 1956, with the words: “Good morning, dear.” She held the Guinness World Record for playing the same role on television for the longest amount of time, TeleNext Media said.  Look for a tribute on Miss Wagner next week.
See you next week!