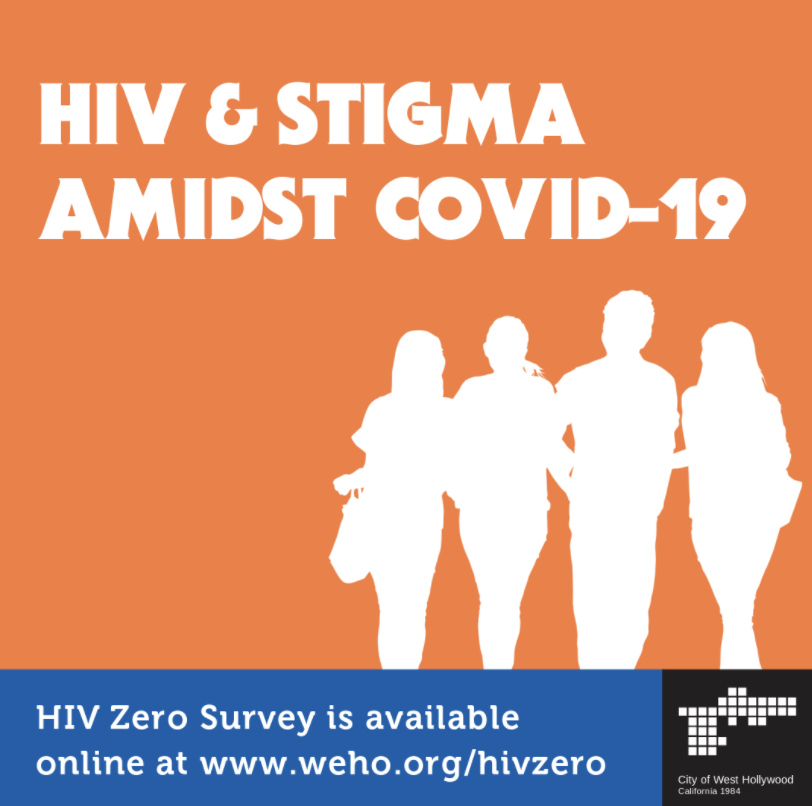 WEST HOLLYWOOD—On June 10, the City of West Hollywood announced its next initiative in implementing its HIV Zero Strategic Plan. The City has released an online survey for community members, regardless of HIV status, to fill out in order to provide input regarding HIV stigma and COVID-19’s impact on access to healthcare.

City of West Hollywood Councilmember John D’Amico said, “Over the years, HIV treatment, politics, prevention, and service delivery have changed, but one thing has remained solid and true — the city’s unwavering dedication to bring an end to HIV, while at the same time serving and supporting those who are living with it…Our West Hollywood HIV Zero Strategic Plan spells out our current efforts — along with a clear plan — to get to zero on many fronts. Zero new infections. Zero progression of HIV to AIDS. Zero discrimination. Zero stigma.”

The goal of this survey is to examine how stigma impacts access to care and overall health. This involves physical and mental health issues, anxiety, and depression. The survey can be found here.

The City of West Hollywood has invested tens of millions of dollars to fund HIV/AIDS direct services, education, and public awareness efforts. It was one of the first cities to provide grant funding to local HIV/AIDS service organizations.

City of West Hollywood Councilmember John Duran said, “Getting to Zero is not an easy goal, but it is possible when we bring to bear the resources of the city and our community partners…In the 1980s, as gay men in our community were getting sick and dying all around us, the city responded with resources, creativity, and most importantly, with the deepest wells of compassion and commitment. Our collective ongoing work will help guide us to that day we’ve all dreamed of. The day when we can say, once and for all, HIV/AIDS is over.”

Online Gambling Legislation Is Getting Stricter In Finland