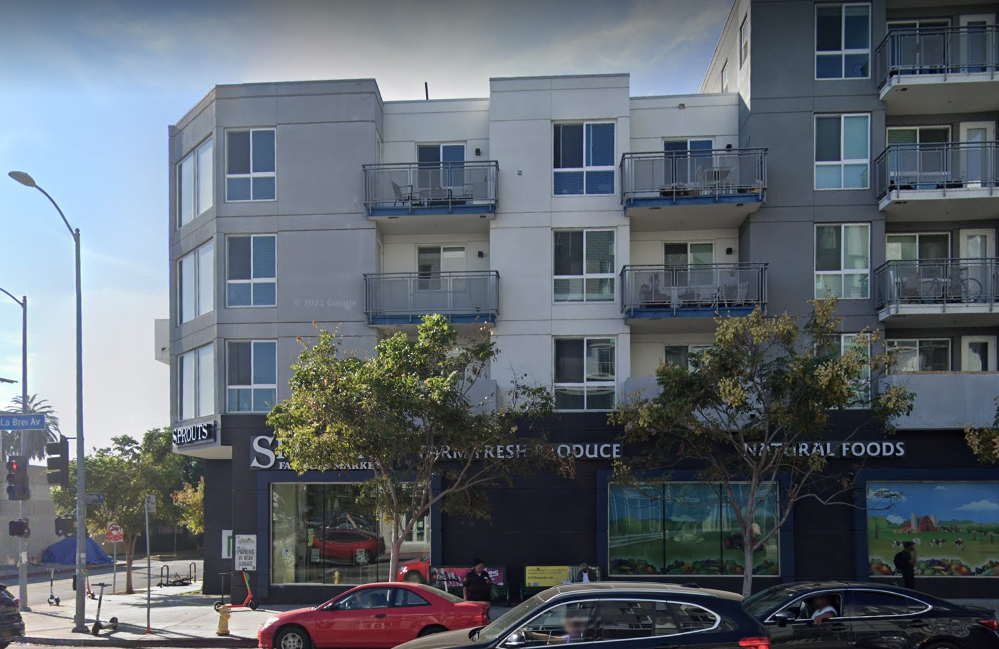 MELROSE—At approximately 7:30 p.m. on Monday, March 21, two individuals witnessed a man beating a dog on the third-floor balcony as they passed the Angelene Apartments located above Sprouts at 915 North La Brea Avenue and yelled at him to stop hitting the dog.

A brief verbal argument ensued between the two witnesses and a couple on the balcony of apartment #368. It was reported that the female who lived at the apartment was present and that the person hitting the dogs was her boyfriend, who was just visiting.

According to neighbors, the couple shouted back “Shut the F- up, I will kill you.” It was reported that the male suspect left the apartment on the third floor, exited the building and went up to the woman and shot her in the face moments after the confrontation. 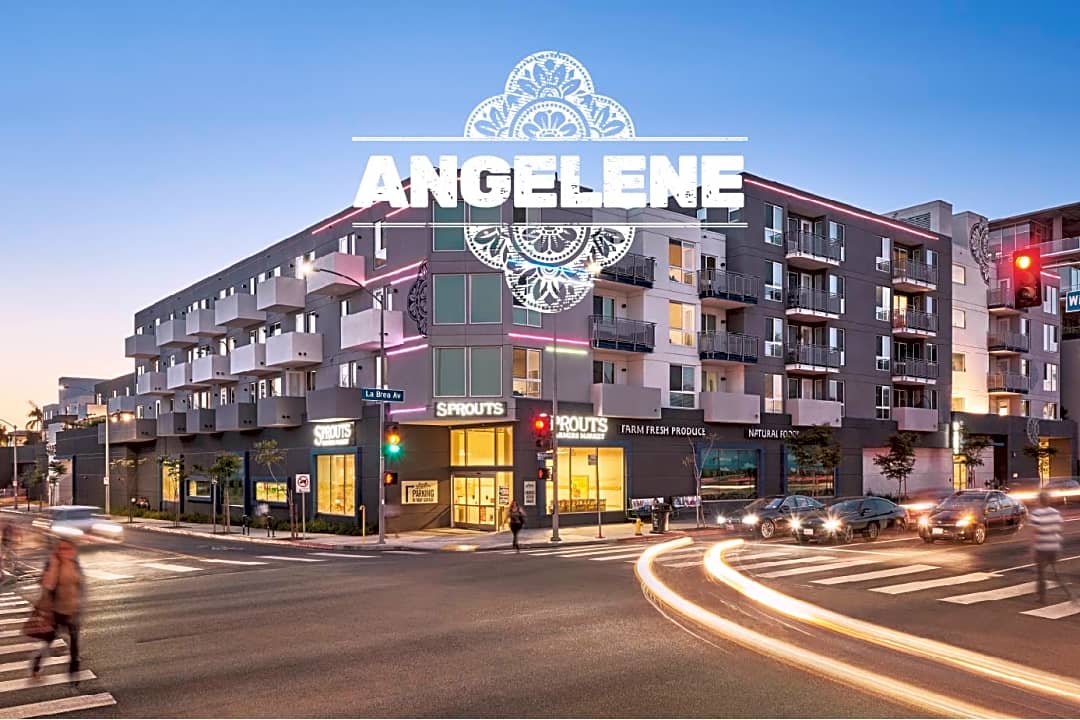 The male suspect, who is described as standing 6 feet and 2 inches tall, weighing 140 pounds, Black and 21 years of age, took off running and was last seen in burgundy sweats and a brown hoodie, exiting through the Sprouts parking lot. Helicopters and police created a perimeter and brought in K-9s but he was not located as of Tuesday evening.

The female suspect who is resident of Angelene apartments, was detained. She told police her boyfriend left an hour before. It is unknown if she remains in custody. She is described as a light Black or Latina in her mid 20s, standing 5 feet and 5 inches tall with short curly hair and is the known resident at the Angelene Apartments.

Police have the identity of the male suspect, but has not released those details to the public. Authorities have also confiscated a video of the shooting from Sprouts’ management.

The victim was described as a White female, medium build. She had taken a gunshot wound to her face, but was still able to communicate with bystanders a description of the suspect and the hand gun used to shoot her.

An LAPD black and white patrol car took the victim to Cedars Sinai Hospital where she remains in critical, but stable condition.

Anyone with information on the incident is asked to contact Detective A. Iniguez, Serial No. 41297 or Wilshire Division Lieutenant Gonzalez Serial No. 27592, in Wilshire Major Assault Crimes at (213) 922-8205.