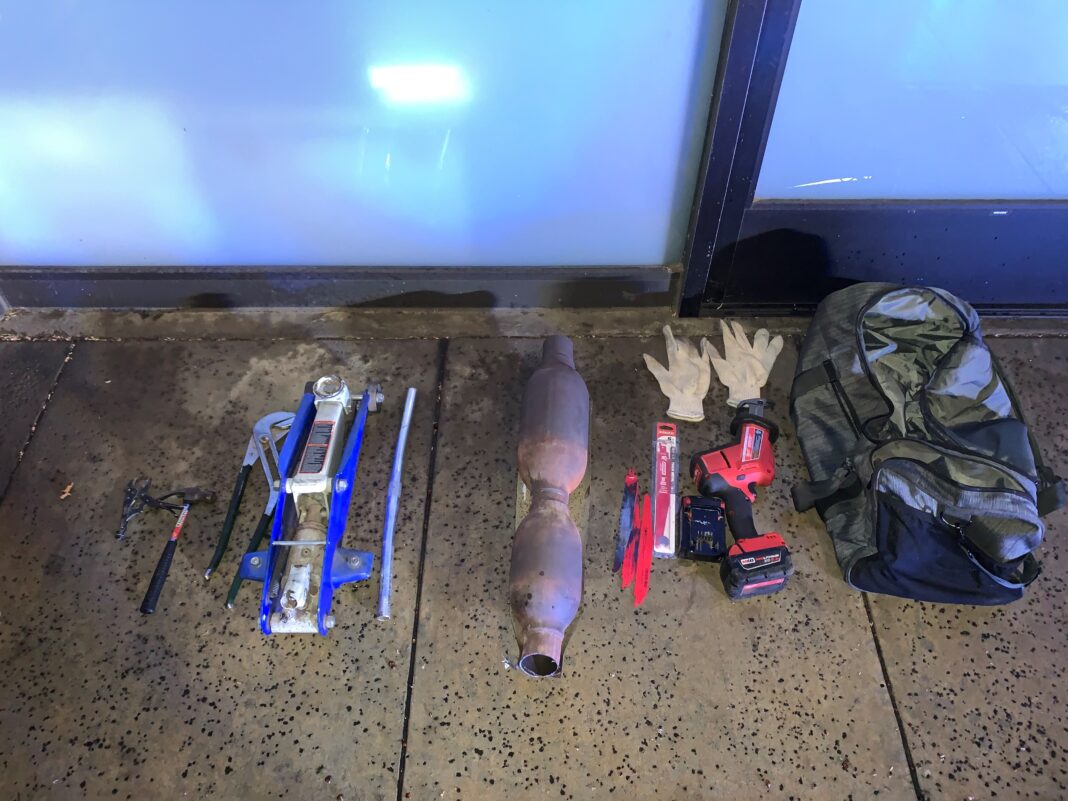 SANTA MONICA—The Santa Monica Police Department indicated that on Wednesday, March 10 at approximately 2:05 a.m., they responded to a call about a potential Grand Theft. Dispatch disclosed information that two individuals spotted underneath a parked truck near 23rd and Arizona Avenue. After arriving on the scene, cops saw a white vehicle fleeing the location. 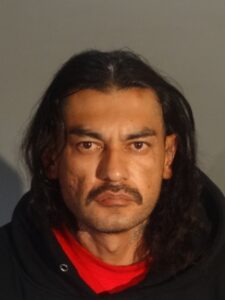 According to a press release Canyon News received from Lt. Rudy Flores of the SMPD, the department conducted a traffic stop of the vehicle and found three occupants inside. A  Sawzall with additional cutting blades, pliers, a vehicle jack and a catalytic converter were located inside the vehicle. In addition to the items found in the car, another cut catalytic converter was discovered under the truck where the vehicle occupants were originally spotted.

After discovering the items and witnesses identifying the suspects, Eduardo Ayala, 43, Daniel Hernandez, 26, and Tabatha Lukenzi, 36, were arrested for 182 (A)(1) PC- Conspiracy to Commit any Crime and attempted 487 (A) PC- Grand Theft. 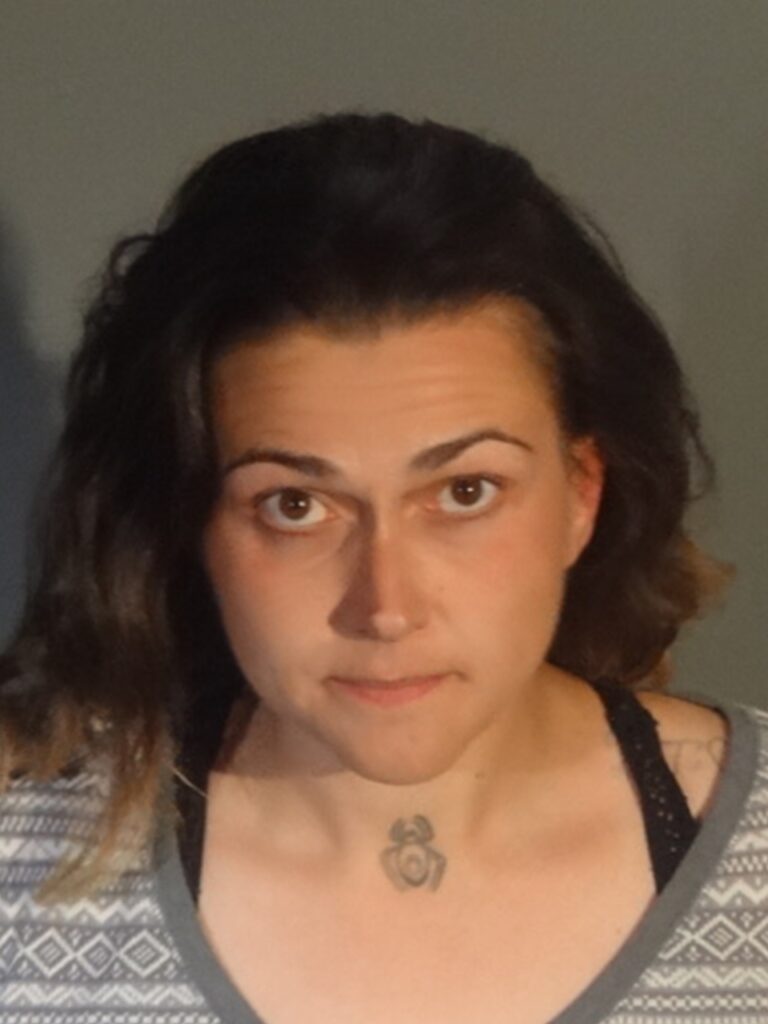 Ayala was also charged with 496 (A) PC – Receiving Stolen Property and 466 PC –Possession of Burglary Tools. All three suspects had prior theft-related arrests. The SMPD reported another incident on February 17, at approximately 3:30 a.m., officers responded to 16th Street/Idaho Avenue regarding a radio call about a catalytic converter theft. 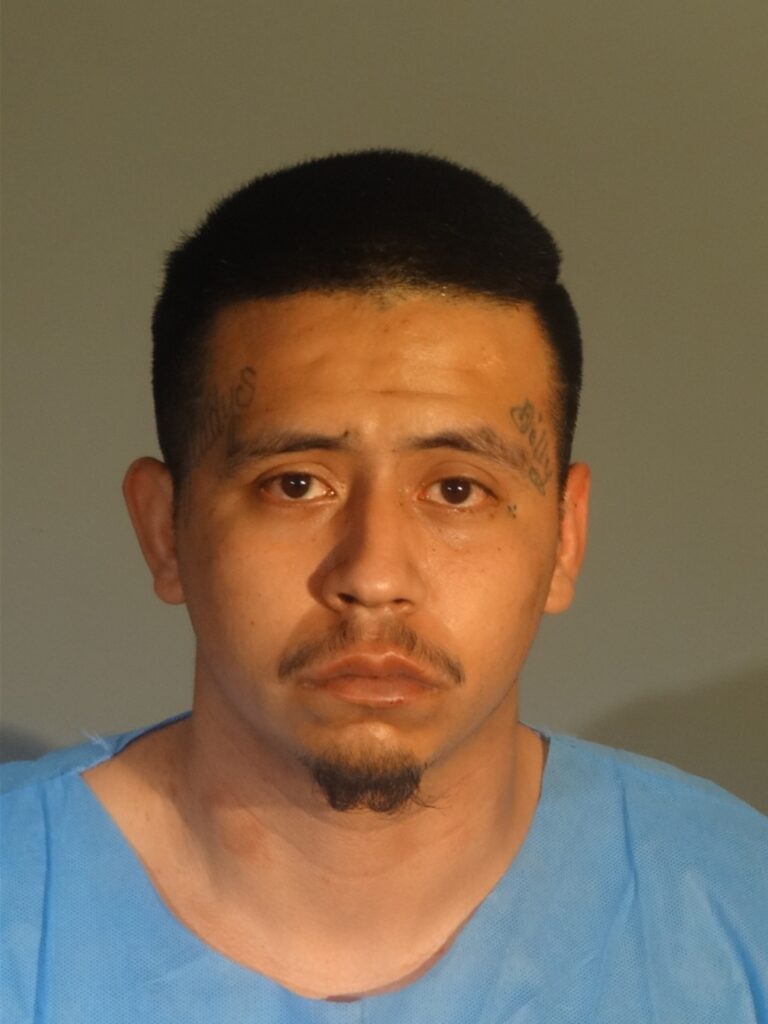 The suspect’s vehicle was found driving away from area and attempted to hide in a carport in the 1000 block of 14th Street. Officers conducted a traffic stop and found two occupants who were in possession of power tools and a car jack. Three catalytic converters were located inside the vehicle. One of the catalytic converters had just been stolen and returned to the owner. Taken into custody was Filiberto Sanchez, 33, of Huntington Park and Juan Manuel Sanchez, 36, of Los Angeles. The vehicle was discovered to have stolen license plates. Both subjects were booked for 487(A) PC – grand theft, 496(A) PC – receiving stolen property, 466 PC – possession of burglary tools and 182(A) PC – conspiracy.

Anyone with additional information related to either incident is asked to contact the Criminal Investigations Division (CID) at 310-458-8451 or the Watch Commander’s office at 310-458-2249.