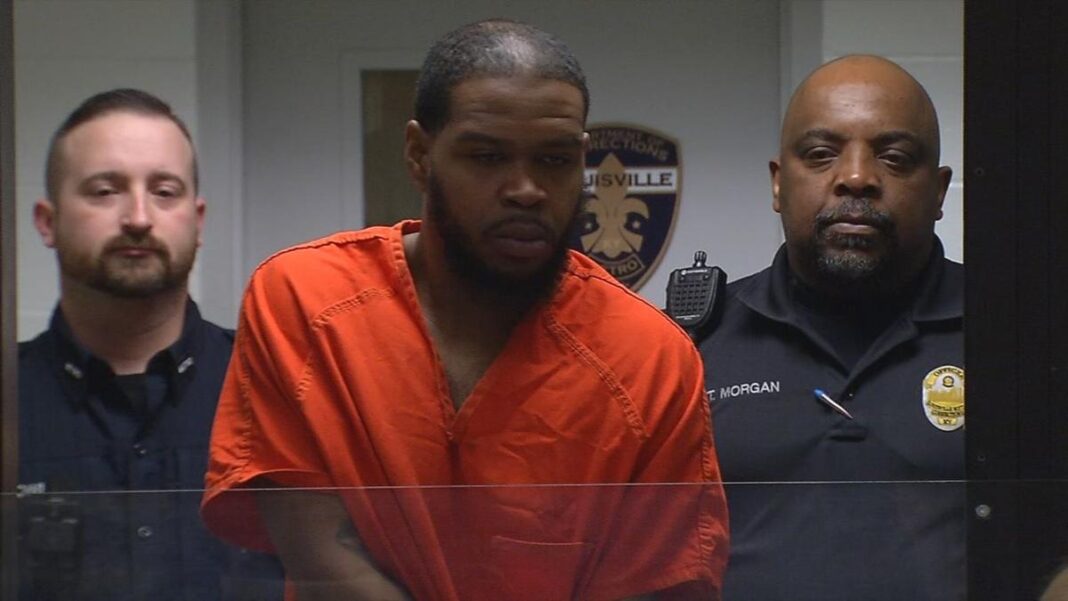 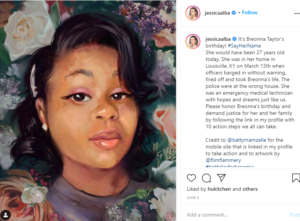 She would have been 27 years old today. She was in her home in Louisville, KY on March 13th when officers barged in without warning, fired off and took Breonna’s life. The police were at the wrong house. She was an emergency medical technician with hopes and dreams just like us.Please honor Breonna’s birthday and demand justice for her and her family by following the link in my profile with 10 action steps we all can take.

I heard  messages like this non stop over the last 3 months and I took their word for it. I thought, the police messed up and killed her. Clearly someone would have said something if what everyone is spreading was false. Right? They are calling for the arrest and even the death of the police officers. It has to be true! 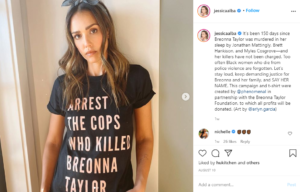 On August 20, at the DNC Convention, Kamala Harris preached, “Let’s be clear, there is no vaccine for racism. We have got to do the work… for George Floyd, for Breonna Taylor…”

It hit me… Kamala lies just about every time she speaks. She is a drama queen of lies. I knew something wasn’t right about her whole speech. So I did my own fact-checking.

After a few clicks on my keyboard I pulled up less emotional more factual recounts of the situation. I also reviewed some videos and documents, from both the family of Ms. Taylor and the police.

Then I found the truth…

It happened in Louisville, Kentucky. It was suspected that a 28 year old man named Kenneth Walker was involved in drug trafficking and his girlfriend had associated with known drug traffickers. Packages and deliveries were made to and from her home.

Approximately 12:40am on March 13, 2020, the police were serving a legal “no-knock” warrant at Brionna Taylor’s house, where Kenneth Walker was staying. The warrant was obtained because of Breonna’s previous association with known drug traffickers, including her ex-boyfriend, Jamarcus Glover.

A “no knock” warrant is usually granted in drug trafficking cases when authorities feel a knock would alert the suspect and they’d flee. However this night, they knocked and never entered.

Police banged at the door after identifying themselves. Kenneth Walker shot through the closed door, hitting and injuring a police officer.

Immediately the officers knocked down the door, “rightfully” firing multiple rounds into the house, hitting and killing Breonna Taylor who was in the hallway.

Walker called 911 and spoke for nearly 3 minutes while police were instructing him to come out.

He was then taken in without further incident.

Details would continue to shift in the favor of Walker’s innocence, putting the police in bad light. As George Floyd demonstrations continued to spread, so did the rumors of this night.

In a recorded police interview, Walker stated he was talking to Breonna’s mother trying to get Breonna some help while the officers were screaming at him to come out. When actually he was on the phone with 911. The call is above.

He tells the 911 dispatcher,  “Someone kicked in the door and shot my girlfriend”, lacking a sense of urgency and failing to admit that he fired his weapon and/or shot an officer. Rumors have been that he shot over Taylor to the closed door. Maybe he shot and killed his girlfriend.

Later, Walker tried to shift responsibility by claiming the officer was hit by the other officer’s gun. That was proven to be wrong.

Almost everyone claims Breonna was sleeping and police barged into her home without knocking and killed her. This didn’t happen. She was not asleep.

Walker stated in an interview that they heard someone was at the door and Breonna went to the door and asked “Who is there?” multiple times.

The police did knock even though they were not required to. They didn’t enter the home. How would Walker have spent nearly 3 minutes on the phone with 911 after she was shot if the police “barged in” as most are falsely claiming?

He claimed he didn’t hear the police announce themselves and thought they were intruders, yet he didn’t call the police before he shot his gun? Why would he just openly shoot through a closed door? After all maybe it was his grandmother or a neighbor needing assistance.

Who just shoots through a closed door?

If he was truly fearing it was an intruder, the first thing two people do is call 911.

Also if he thought they were intruders why didn’t he tell the 911 operator that he dialed after Taylor was shot, come save us, the intruders want me to come out and they just shot my girlfriend. He said nothing to the 911 operator about there being intruders or even police outside yelling at him until later in an interview.

If you are scared for your life and you have 911 on the phone, you’d Ask for help. There is definitely deception in Walker’s actions.

People are protesting, rioting, looting, and violently assaulting innocent people calling this justice in the name of systematic racism.

This is not racism, this is breaking the law, firing a gun at the police and being on the wrong side of the law. It is an unfortunate incident and the only person responsible for the death of Breonna Taylor is Kenneth Walker.

Blindly loyal demonstrators raised over $229,000.00 for Walker. Now they are demanding that police drop all charges against him and charge the police officers who did nothing wrong.

St. Louis, Missouri lawyers Mark McCloskey, 61, and Patricia McCloskey, 63, after serving a lifetime as respectable officers of the law, were simply eating dinner when a group of Black Lives Matter thugs broke their front gate and threatened to kill them and their dogs.

They called the police but police couldn’t come, so they got out their legally owned firearms to protect themselves. They didn’t even fire the weapon, yet they have been criminally charged and are currently awaiting trial.

District Attorney, Kim Gardner is pushing for these outrageous charges. Ironically, George Soros funded her campaign by more than $80,000. He also funds quite a bit of the BLM movement.

So much for systematic racism… Why are so many people of color in governmental, powerful and high end executive spots?  Why are all the people of color who fail to cooperate with lawful investigations, propose a physical and life threatening risk to police officers, are later getting off without charges, getting millions of funds raised and not have to be accountable for their action… all based on false accusations of racism?

Meanwhile the person who was merely doing their job, protecting their own lives lose their job, their lives, reputations and livelihoods, and in many cases such as this one get injured…all in the name of “systematic racism”.

A crime is a crime. Kenneth Walker should be charged in the death of Breonna Taylor, attempted murder of the police officer, and his drug dealings.

Oprah sponsored a billboard, “If you turn a blind eye to racism, you become an accomplice to it”.

So Oprah, what does it mean when you blindly and falsely accuse someone of racism and demand they pay by going to jail for it? Breonna’s race was not a factor in her death. Neither was George Floyd or Ahmad Arbury.

The more I dig for facts, the more i realize how “systematic racism” is just the biggest lie. There is no racism in our system. There are some stupid people on all sides of race but there is no systematic racism. You can go anywhere and get access regardless of the color of your skin. In Los Angeles, you can even get preferential treatment for being a person of color.

Shame on you people for supporting and encouraging something without knowing the facts. Jessica Alba’s recount of the situation is a complete and utter lie. Grass Roots organization, Stand With Bre, also recounts a completely fabricated non-existent plot.

When discussing Breonna Taylor they often use the hashtag, #sayhername. They need to change that to #saythetruth.

The Democratic party of 2020 and Black Lives Matter’s credibility is shot. You are full of the smelliest rubbish ever. You’ve created a worldwide race war with your lies and deception.