UNITED STATES—On Saturday, January 30, the U.S. Department of Defense Secretary, John Kirby announced that the Biden administration plans to move Guantanamo Bay prisoners to receive the COVID-19 vaccine distribution has been halted. It was put into motion with other Executive Orders signed by President Joe Biden.

“No Guantanamo detainees have been vaccinated,” said Kirby. “We’re pausing the plan to move forward, as we review force protection protocols.”

The announcement came after a resolution was presented to Congress by Representatives Elise Stefanik of New York and Ashley Hinson of Iowa. 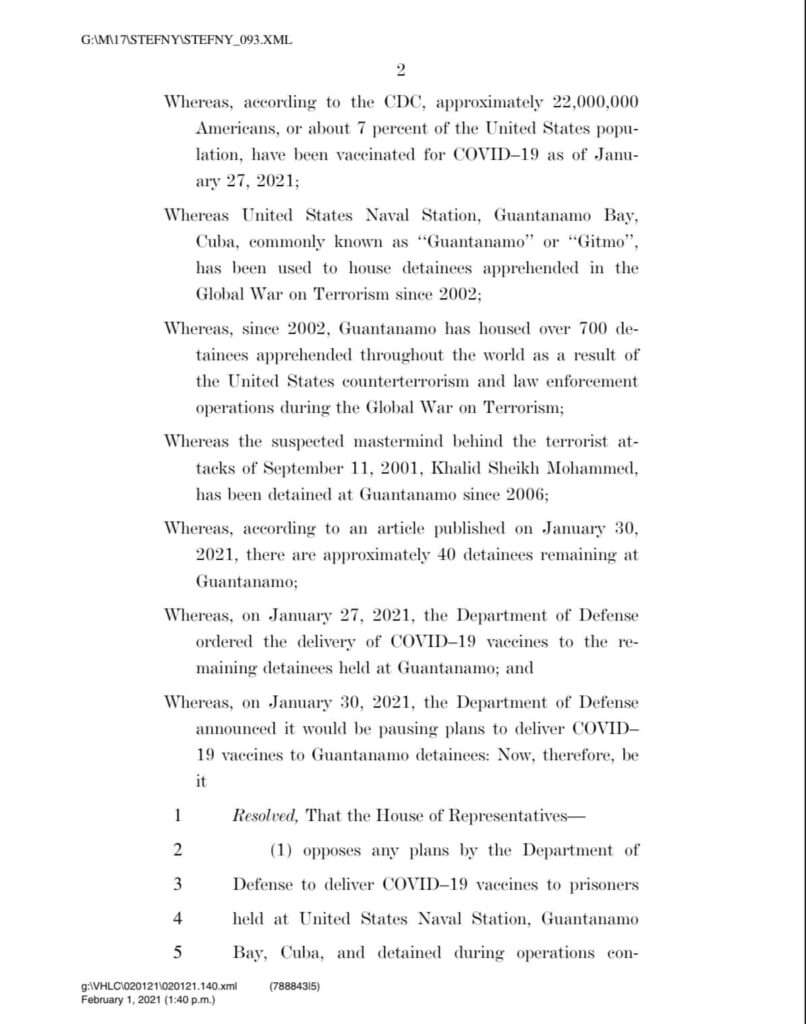 “Any plans by the United States Department of Defense to deliver COVID-19 vaccines to prisoners held at Naval Station Guantanamo Bay and detained during operations conducted during Global War on Terrorism until all Americans have had an opportunity to be vaccinated,” Stefanik announced.

Americans should get the vaccine before terrorists.

The Biden Admin backed off vaccinating terrorists amid political backlash—we need to hold them to it.

Proud to join @RepStefanik & @RepAshleyHinson's bill to make sure no Gitmo terrorist gets it first. https://t.co/AeOAQ0g03h

The Biden administration previously announced its plans to vaccinate prisoners housed at the Guantanamo Bay prison (Gitmo) in Cuba where 40 of the world’s most dangerous terrorists are imprisoned.

Both Military Times and Air Force Times indicated that after being elected, President Biden may release Guantanamo prisoners. Former President Barack Obama attempted to close the prison during his administration. 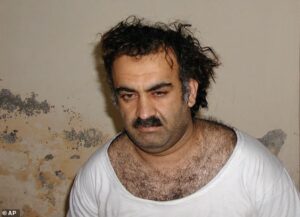 The U.S. opened Guantanamo Bay in 2002 to hold the world’s most notorious criminals. Detainees have been suspected links to al-Qaida and the Taliban.

In addition, the five men who allegedly orchestrated plans in the 9/11 terrorist attacks who are facing a trial by the military commission are detained at Guantanamo Bay.

According to reports, they would have been among the first to receive the COVID-19 vaccine along with, Qassim Abu Bakkir, Uyghur from China’s western frontier, who has been denied entry or asylum in the U.S. He opposes a return to China for fear of torture if returned. His case is pending a country to take him.

Proud to lead and introduce this resolution with @hinsonashley

Despite the Pentagon’s “pause,” it should be prohibited to vaccinate terrorists before Americans.