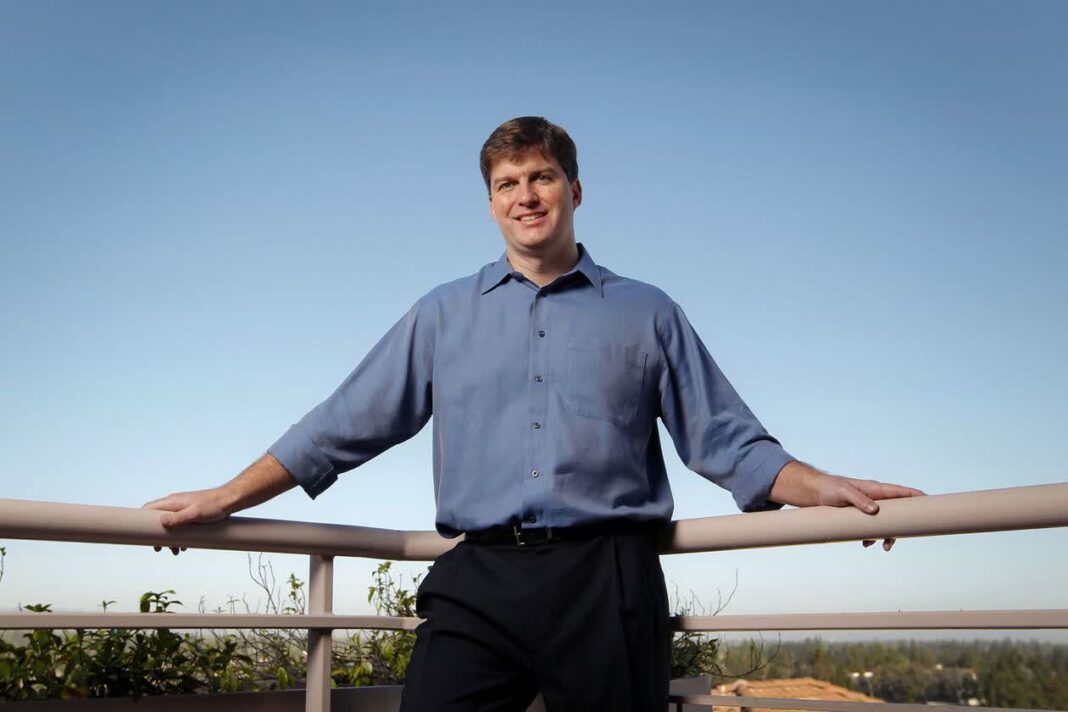 HOLLYWOOD—So who is Michael Burry? He is an American investor, hedge fund manager, and physician. He founded the hedge fund Scion Capital, which ran from 2000 until 2008, before closing the firm to focus on his own personal investments. Michael Burry has deleted once again his Twitter account on June 21 after sounding the alarm on a colossal bubble in asset prices and predicting the worst crash in history.

He originally had mentioned the demise of crypto and meme stocks last Friday. The Scion Asset Management boss cautioned that bitcoin was overpriced and that a dangerous borrowing binge had fueled the crypto boom. He also highlighted news reports of supply shortages and hoarding as evidence of a mounting inflation threat.

Burry is best known for his starring role in “The Big Short,” a book by Michael Lewis that chronicled his billion-dollar bet against the US housing bubble in the mid-2000s. Christian Bale played the fund manger in the movie adaptation. The Scion chief laid the groundwork for the GameStop short squeeze in January by investing in the video game retailer back in 2019 and underscoring the company’s untapped potential in several letters to its bosses.

Burry also suggested Tesla bought Bitcoin to distract from regulatory issues in China. He also pointed to Dogecoin’s record price as evidence of a huge market bubble. Also revealing he was shorting Tesla in December.

He questioned Tesla’s Bitcoin investment and sounded the alarm on Dogecoin’s record price in a series of now-deleted tweets on June 21. In other words, Burry thinks Tesla may have timed its 1.5 billion purchase of Bitcoin to distract from its China troubles. So it looks like Burry was right, once again. Crypto crashed on June 21 and continues a downward spiral.

He forewarned investors on June 18, cautioning of an impending “mother of all crashes.” Meanwhile, meme stocks such as AMC and GameStop were all down, as well. Crypto has been volatile and subject to periods of euphoria, crashes and long bouts of languishing prices. That was the case back in November 2017, when it hit a whopping $20,000, before tumbling back to $9,000.

The most recent pullback in Bitcoin is being blamed on a digital-currency crackdown in China, which has rippled through the sector. The People’s Republic of China expanded its ban on mining crypto and reportedly ordered Alibaba’s payment unit Alipay to rack down on crypto trading.

If you have never seen the film “The Big Short,” you are missing a great film. Back in 2008, Wall Street guru Michael Burry realizes that a number of subprime home loans are in danger of defaulting. Burry bets against the housing market by throwing more than $1 billion of his investors money into credit default swaps. His actions attract the attention of banker Jared Vennett (Ryan Gosling) hedge-fund specialist Mark Baum (Steve Carell) and other greedy opportunists.

Together, these men make a fortune by taking full advantage of the impending economic collapse in America. The film was released back in 2015 and directed by Adam McKay. It won an Academy Award for Best Adapted Screenplay. The film can be watched on Amazon Prime either by renting or buying it.

Rose’s Scoop: Cristiano Ronaldo is now on the same level with retired Iranian striker Ali Daei on 109 career goals for his country. Ronaldo’s goals on June 23 at the UEFA Euro 2020, earned Portugal a draw against France. Portugal now plays Belgium on June 27, 2021.