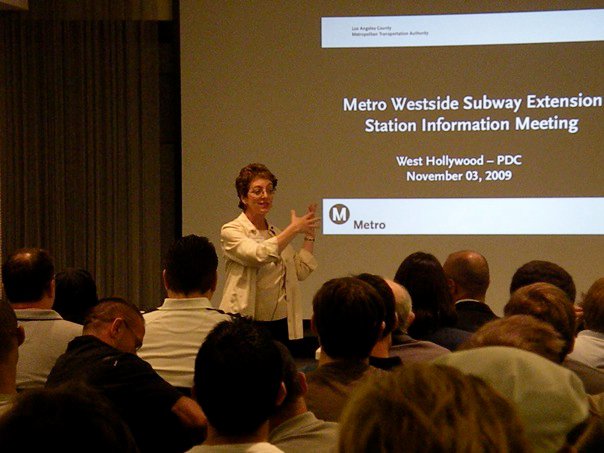 LOS ANGELES—Updates for the Westside subway extension will resume March 21 to 29 as the project undergoes its second round toward the Final Environmental Impact Statement/ Report (EIS/EIR) Phase.

The EIS/EIR draft was approved by the Metro Board of Directors in October of last year. Since then, community meetings are held to finalize details on the nine-mile Metro purple line subway station.

The seven stations added would begin with the Wilshire/Western Station to:

The Los Angeles County Metropolitan Transportation Authority (Metro) is encouraging community members for those areas, which will be most impacted, to participate in meetings held in Los Angeles, Beverly Hills and Westwood to voice their opinions.

According to the Metro website, “Over 300,000 people travel into the Westside every day for work from areas throughout the County and beyond.”

Meetings will include a presentation, recapping information from prior meetings, as well as updates on geotechnical investigations, status of the station area advisory groups and Century City station and the latest news about project cost estimates.

Each meeting will discuss identical topics. Los Angeles community members will meet at LACMA West at the Terrace Room on March 21. Westwood residents are directed to Westwood United Methodist Church’s Fellowship Hall on March 23. Beverly Hills will close the second round of discussions on March 29 at the Roxbury Park Auditorium. For more information about meeting times or locations the public should visit metro.net/Westside.

Ideas of the project began in 2007. Final EIS/EIR Phases are projected for the summer of this year when the information will be available to the public. Costs are estimated at $4.1 billion. Depending on funding, the project will begin construction in the fall.